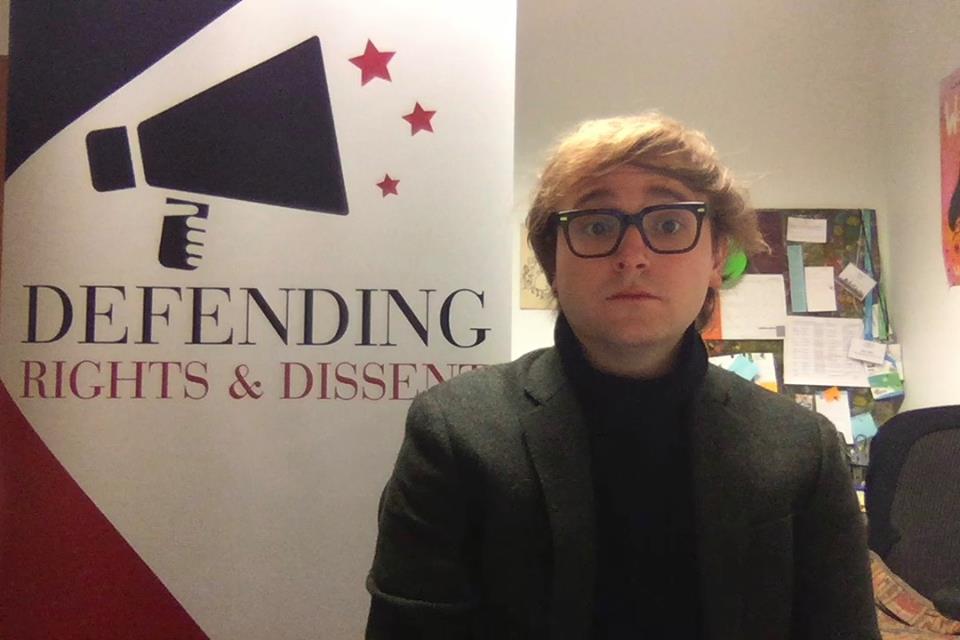 Chip Gibbons addresses the Eugene Debs Centennial about how the Espionage Act became a tool to silence whistleblowers.

Chip’s recent interview on CounterSpin has been getting a lot of social media buzz. They asked him to help them kick off the new year by talking about what we could expect from the crackdown on dissent in the coming year.

He blew their minds.

You at Defending Rights & Dissent say something that sounds so simple, but it’s so critical: that free expression, free assembly and free association aren’t just rights; they’re tools. They’re what we use to fight back against any and all abuses.–Janine Jackson, CounterSpin

The interview covered a breathtaking range of topics: FBI surveillance of dissent, anti-protest bills, the War on Whistleblowers, and attacks on the right to boycott, and the unfortunate inclination of many in the so-called resistance to champion longtime shredders of civil liberties within the security state as defenders of democracy.

It’s a brilliant interview, and I encourage you to listen to it:

Chip’s central tenet was the idea that what’s at stake right now is our right to agitate for a better world. Free expression is not merely an abstract right, it is a tool for social change. Therefore the current roots of the crackdown on dissent can be understand as an affront to those rights.

Central to this project is demonizing protesters. These demonizations not only chill speech, they pave the way for more repression. As Chip explained,

If you say, ‘Hey, I want to censor First Amendment activity of people I don’t like,’ that’s a little bit suspect. But if you say, ‘Hey, there’s terrorist mobs descending on the streets. We gotta defend ourselves,’ you’re more likely to get somewhere with that framing.”

You can read the transcript of the interview here.