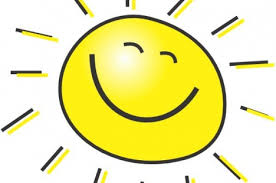 Trying to make it easier for people to obtain federal-government records, legislators in both houses of Congress introduced bills to lubricate the Freedom of Information Act process Feb. 2.

The House bill, sponsored by Darrell Issa (R-Calif.) and Elijah Cummings (D-Md.), would amend the law to prohibit federal agencies from withholding information unless they reasonably foresee “that disclosure would cause specific identifiable harm to an interest protected by an exemption, or if disclosure is prohibited by law.’’

The Senate bill, sponsored by Patrick Leahy (D-Vt.) and John Cornyn (R-Tex.), expresses a similar intent in somewhat milder language, as it does not require agencies to specify that harm. “There should be a presumption of openness in this country, and agencies should have to justify their actions when they want to withhold information from the American people,” Cummings said in a statement announcing the bill. Both bills would set up an online portal for people to make FOIA requests, and agencies would be required to post information online if they got three or more requests for it and it wasn’t covered by exemptions. They would also require documents withheld because they were part of the “deliberative process” to be released after 25 years. Similar bills passed both houses last year, but died in December when House Speaker John Boehner blocked a vote on the final version.

“It would move us a good way down the road toward solving the biggest problems,” says Patrice McDermott of OpenTheGovernment.org. The pro-transparency group prefers the House version, she adds, because “it establishes a stronger presumption of openness.” The deliberative-process exemption has been much abused, McDermott says. Some agencies are more open, but others have expanded that exemption—intended to give government officials some privacy in internal deliberations and negotiations—as a way to avoid revealing any information about how they operate.

The bills also require agencies to justify fees they charge for research and duplication. Those fees are intended for agencies to recoup what they spent responding to requests for information, McDermott says, but some use them as a way to discourage large requests. In any case, she adds, answering requests is now much less costly than it was in the days when agencies had to photocopy thousands of pages and mail them to the person who requested them.

One key concept is not in either bill, however: a “public interest balancing test.” This would require agencies to consider whether the public interest in certain information outweighs exemptions from FOIA. For example, McDermott says, the Food and Drug Administration might not want to disclose who’s on a panel reviewing new-drug applications, but the public’s need to know if they have any conflicts of interest might count for more. “We think this is really critical,” she says. It’s the “surest way” to ensure that FOIA requests are taken seriously and not dismissed on the grounds of whatever exemption fits.

The two bills contain slightly different language about the online portal, but the basic idea is that it would direct people to the appropriate agency for their request and enable them to track its progress. The Environmental Protection Agency, Department of Commerce, and General Services Administration have been developing similar systems, McDermott says, but this one would encompass the whole federal government. She expects the bill to move quickly through the Senate, as it is largely the same as the one that passed last year. In the House, she says, the sponsors are very committed to it, but it might face opposition from federal agencies and the banking lobby.

Last year, agencies such as the Federal Trade Commission lobbied against the bill, saying it could compel them to release enforcement guidelines, and the banking lobby is widely believed to have persuaded Boehner to block the vote on it.

Send an email to your Representative and Senators to support these bills!