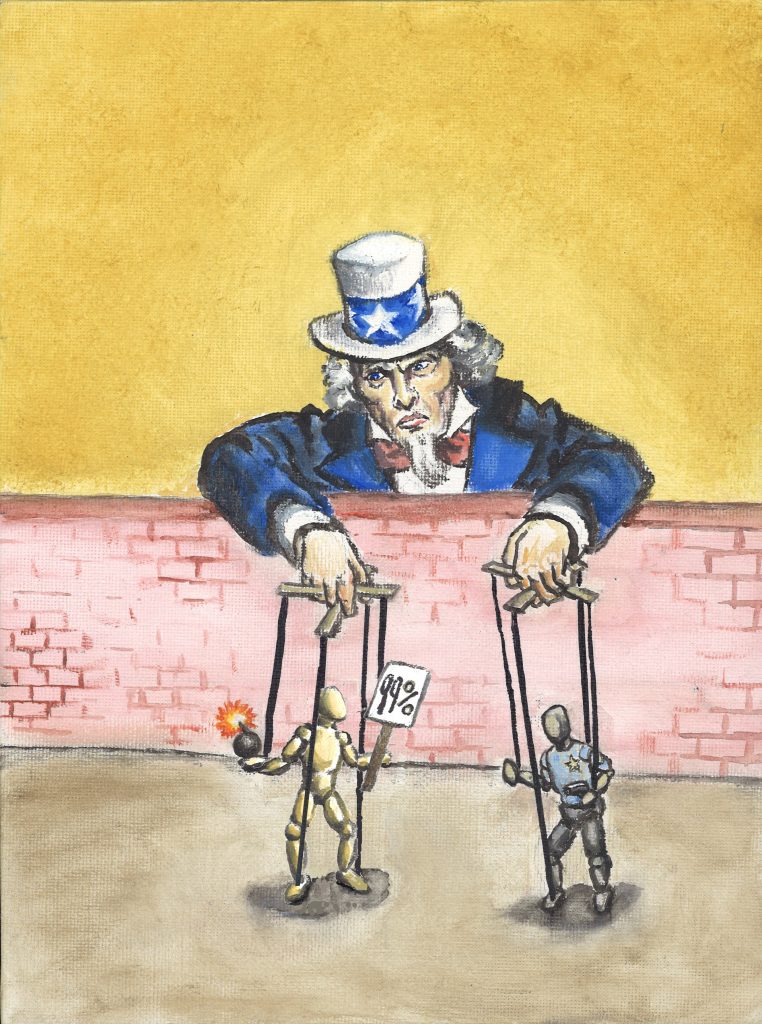 How low will an FBI paid informant go?

How about preying on a young man with such severe paranoid schizophrenia that he has been declared legally ‘incompetent’ by enticing him into a terrorist plot created by the FBI?

We’ve actually seen it before — usually targeting young Muslims or idealistic activists. This time, the target was Jerry Drake Varnell, a 23 year-old who was supposedly a right-wing extremist. The cases follow a pattern: the informant befriends a vulnerable young person, plying them with drugs or money or other favors, usually badgering, cajoling, or otherwise goading the target to express extreme views, then leading them along in a plot to blow something up.

It’s unethical, it ruins lives, and it does nothing to keep us safe.

The family disputes that he had any anti-government ideology at all, saying in a statement, “there is no doubt in my mind that this informant began this hate against the government and my son followed along because others easily influence him.”

They say that their son “has suffered through countless serious full-blown schizophrenic delusional episodes and he has been put in numerous mental hospitals since he was 16 years old.” And that the FBI surely was aware of his illness.

They call out the fact that their son contributed nothing to the alleged plot:

What the public should be looking at is the fact that the FBI gave our son the means to make this happen. He has no job, no money, no vehicle, and no driver’s license, due to the fact that he is schizophrenic…

The FBI came and picked him up from our home, they gave him a vehicle, gave him a fake bomb, and every means to make this happen none of which he had access to on his own.

It’s clear that Mr. Varnell would not have been able to pull of any sort of plot without the direction and material support of the paid informant in the case. It calls to mind the case of the “Newburgh 4” where a tenacious FBI informant spent 9 months incessantly nagging James Cromite – a down and out former low level drug dealer – to participate in a terror plot. “Only the government could have made a ‘terrorist’ out of Mr. Cromitie, whose buffoonery is positively Shakespearean in its scope,” the trial judge, Judge Colleen McMahon said.  Nevertheless, she sentenced him to 25 years in jail.

Related: Three Questions You Should Ask When You Hear About a ‘Foiled Terrorist Plot’