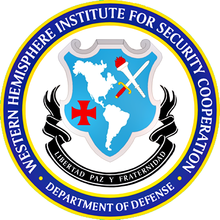 For a decade, the FBI flagrantly abused its counter-terrorism authority to conduct a widespread surveillance and monitoring operation of School of Americas Watch (SOAW), a nonviolent activist organization founded by pacifists with the aim of closing the U.S. Army’s School of the Americas (now renamed) and ending the U.S. role in the militarization of Latin America.

Hundreds of pages of documents obtained by the Partnership for Civil Justice Fund, on behalf of SOAW, once again reveal the FBI’s functioning as a political surveillance and intelligence operation and its use of its domestic terrorism authority against peaceful protest in the United States.

SOAW organizes annual protests in Fort Benning, Ga., the site where the U.S. Army has trained many of the military leaders and dictators in Latin America who were responsible for massacres of opposition forces and the creation of torture centers, among other crimes against humanity. The training at the SOA is ongoing and the graduates of the institute continue to engage in extrajudicial executions and the repression of social movements in countries like Chile, Colombia, Honduras and Mexico.

SOAW’s mission and proven track record are peaceful. Yet the FBI deployed its “domestic terrorism” resources, reported to the “Counterterrorism Unit” and reached out to the Miami Domestic Intelligence Terrorism Squad. It used confidential informants inside the movement to collect information. The FBI’s headquarters and counter-terrorism units were requested to provide the FBI’s Field Office in Atlanta with “all intelligence relevant to the SOA, so that this information can be provided to local/military law enforcement agencies.”

A review of 10 years of redacted documents obtained under the Freedom of Information Act by the Partnership for Civil Justice Fund on behalf of the SOAW show that, year after year, the FBI acknowledged that the organizers and the activities of the group were peaceful. And year after year, the FBI continued to keep its case open with claims that it was possible that there could be “more aggressive protest participants” or “factions of a radical cell” or other such pretextual alarmist warnings to justify its spying on protected First Amendment political activity.

The documents have been made public and are searchable at http://www.JusticeOnline.org/soaw.

In 2005, FBI reports admitted “the peaceful intentions” of the SOA Watch leaders but justified its work on the basis that “a militant group would infiltrate the protestors and use of the cover of the crowd to create problems.” Yet they admitted that “At this time, there are no specific or known threats to this event.”

The vague, unspecified threat of future violence functioned as the annual excuse for the surveillance of peaceful dissent. Under this logic of counter-terrorism law enforcement activity, all constitutionally protected peaceful protest carries the seed of potential terrorism — we are all potential terrorists.

This pattern of significant surveillance, allusions to violence and then reports of peaceful activity after the fact continued for years.

The protests for many years involved thousands of people, and included arrests for peaceful, organized, nonviolent civil disobedience. Law enforcement described the mass arrests of 1,700 protesters in November 2000 as arrests for “acting in an overt manner.” This included “wearing masks, coffins, puppets or pouring the red substance upon themselves.”

In 2006, Confidential Informants provided information about planning events in Massachusetts, and the numbers of buses coming from around the country. The FBI obtained shelters and command centers “at no cost” from real estate companies to work on logistics for the protest, which was again labeled an FBI “Special Events Readiness Level.” Later they reviewed the 2006 protest as “uneventful” and came to a similar assessment for 2007.

In 2008, undercover FBI agents traveled with protesters to the event to follow the activities of several “subjects of FBI-Minneapolis” although they had “never expressed or exhibited a propensity for violence.”

The FBI used Confidential Informants who dutifully reported on the planned schedule of activities for the protests, the names of organizers, including a person “who is or was a Maryknoll nun,” and the name of a legal advisor to SOAW. The legal advisor, whose name was redacted but is otherwise identified with Loyola University, is evidently renowned human rights lawyer Bill Quigley.

By 2009, after 10 years of surveillance, the FBI admitted “there has never been any significant incidents of violence or widespread property damage.” Describing the demonstrations more as a “street festival,” they finally closed the case.

In 2012, the Partnership for Civil Justice Fund uncovered hundreds of documents exposing that the FBI was treating the Occupy movement as a potential criminal and terrorist threat even though the agency similarly acknowledged in its own reports that organizers explicitly called for peaceful protest and did “not condone the use of violence.”

The PCJF obtained heavily redacted documents showing that FBI offices and agents around the country were in high gear conducting surveillance against the movement even as early as August 2011, a month prior to the establishment of the OWS encampment in Zuccotti Park and other Occupy actions around the country.

Other documents obtained and released by the PCJF demonstrated that the Department of Homeland Security and the sprawling network of Fusion Centers in the United States similarly expended huge resources monitoring, tracking and reporting on peaceful, lawful and constitutionally protected protest activities.

The FBI has recently been further exposed as monitoring and tracking, including through surveillance aircraft, the activities of the Black Lives Matter movement in cities around the United States.

Unlearned lessons and unfinished work of the Church Committee

In the mid-1970s, the Church Committee of the United States Senate conducted an investigation into U.S. intelligence agencies’ abuse of law enforcement authority to target First Amendment activity and peaceful organizing through investigations, surveillance and disruption. As a result of the disclosures of the Committee, the FBI was required to enact restrictions on the use of its intelligence and law enforcement powers, prohibiting investigations into non-violent free speech activities. While Congress could have enacted binding legislation, the U.S. Attorney General was allowed to promulgate guidelines instead — guidelines that have been watered down by successive administrations over the past 40 years.

These repeated revelations of the FBI unconscionably abusing its counter-terrorism authority against peaceful political movements — from SOAW to Occupy to Black Lives Matter — make it clear that the FBI cannot be its own watchdog or self-regulate. It makes it clear that surveillance, monitoring, tracking and infiltration of peaceful social justice movements is a programmatic, institutionalized and ongoing effort of the FBI. It is time for there to be legislatively enacted prohibitions on the FBI’s use of domestic terrorism authority against peaceful protest and First Amendment-protected free speech activities in the United States.

It is a fundamental right of the people to organize, to assemble, to speak and to peacefully demand change in U.S. policies and practices — without monitoring and investigation from the government’s domestic terrorism agencies. Democracy and the Constitution require no less.

SOAW activists from across the Americas are not intimidated, and will once again converge at Fort Benning, Georgia, from November 20-22 to speak out against repressive U.S. policies, and to engage in nonviolent direct action. The SOAW Legal Collective will provide legal support and monitor police activities, to ensure that the family friendly, permitted demonstrations will be safe for everyone.