Who Is This Guy? Trump Nominates Christopher A. Wray To Be FBI Director 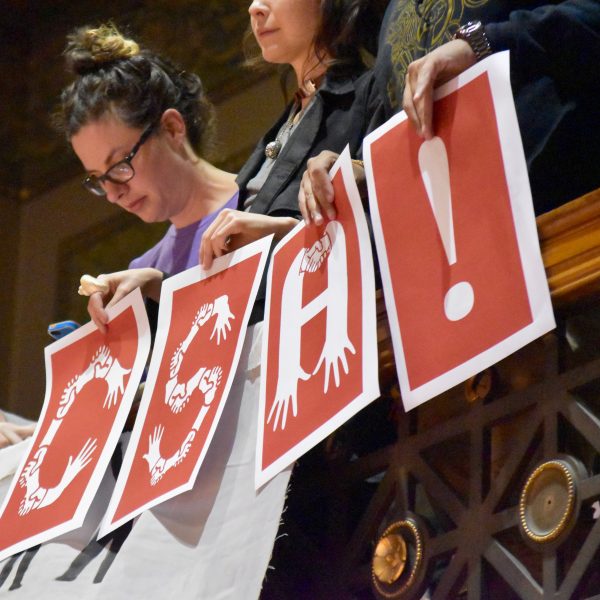 On Thursday night, the capital of the smallest state in the union adopted a wide-ranging police reform measure with national and historic implications. The Providence City Council voted 13-1 to adopt the Providence Community-Police Relations Act, which had generated controversy for the very same reason that it was ultimately adopted: it protects a sweeping array of civil rights and civil liberties (including digital rights championed by EFF) from various kinds of violations by police officers, all in a single measure.

Included within the Act are protections to prevent police from arbitrarily adding young people to gang databases, providing notice to youth under 18 if they are so designated, and allowing adults an opportunity to learn whether they have been included. It also forces police to justify any use of targeted electronic surveillance by imposing a requirement that officers first establish reasonable suspicion of criminal activity. Last but far from least, the Act protects the civilian right to observe and record police activities, which—combined with technology such as cell phones, video, and social media—has recently proven crucial in inspiring a multi-racial social movement responding to long festering abuses.

Beyond those concerns shared by EFF, the Act also includes a range of further elements protecting civil rights. Visionary measures to address discriminatory profiling prohibit police from considering racial, religious, and gender characteristics when assessing suspects unless “the officer’s decision is based on a specific and reliable suspect description as well.” The Act also prohibits police from inquiring about immigration status, preserving community trust and protecting both families from being torn apart and police departments from being commandeered to do the federal government’s work enforcing non-criminal civil code violations.

Earlier this spring, the Council unanimously approved a slightly different version of the measure, then known as the Community Safety Act, in a unanimous vote. Only a week later, it delayed its prior decision, deferring until June 1 a final vote on proposed recommendations from a working group it established to bring together stakeholders including community advocates and police officials.

After meeting five times over the course of the past month, the working group issued its recommendations, with the support of Police Chief Hugh Clements and other officers included in the working group. Yet the Fraternal Order of Police remained intransigent in its opposition, issuing formal condemnations of the policy process at the eleventh hour for the second time in only a few weeks.

In the wake of the Council’s approval, Mayor Jorge Elorza pledged to sign the bill into law. But long before it gained the approval of policymakers, a proposal for intersectional policing reforms united community organizations in and around Providence, including the Rhode Island Coalition to Defend Human and Civil Rights, a member of the Electronic Frontier Alliance.

Groups of residents promoted both formal and informal discussions of the issues. They educated their neighbors, drew together a remarkably broad coalition of local groups, and even hosted a street festival “to use music, dance and art to bring attention to injustices and inequalities in our city and encourage people from across Providence to stand behind this legislation so that we can ban racial profiling and build a safer city, specifically for youth, immigrants and people of color.”

The movement for police accountability has drawn viral participation in some cities driving national news cycles, including St. Louis, Baltimore, and Charlotte. But Providence may now plausibly claim to lead the nation in embracing policy reforms responding to those social movements.

By working to secure the near-unanimous support of their elected municipal representatives, grassroots groups who championed the new Act have conclusively demonstrated the viability of expansive local reforms combining measures to limit police profiling, surveillance, and retaliation all at once. Where concerned residents in other parts of the country learn from their examples, they might create new policy opportunities for civil rights and civil liberties, and together, even shift the national landscape.