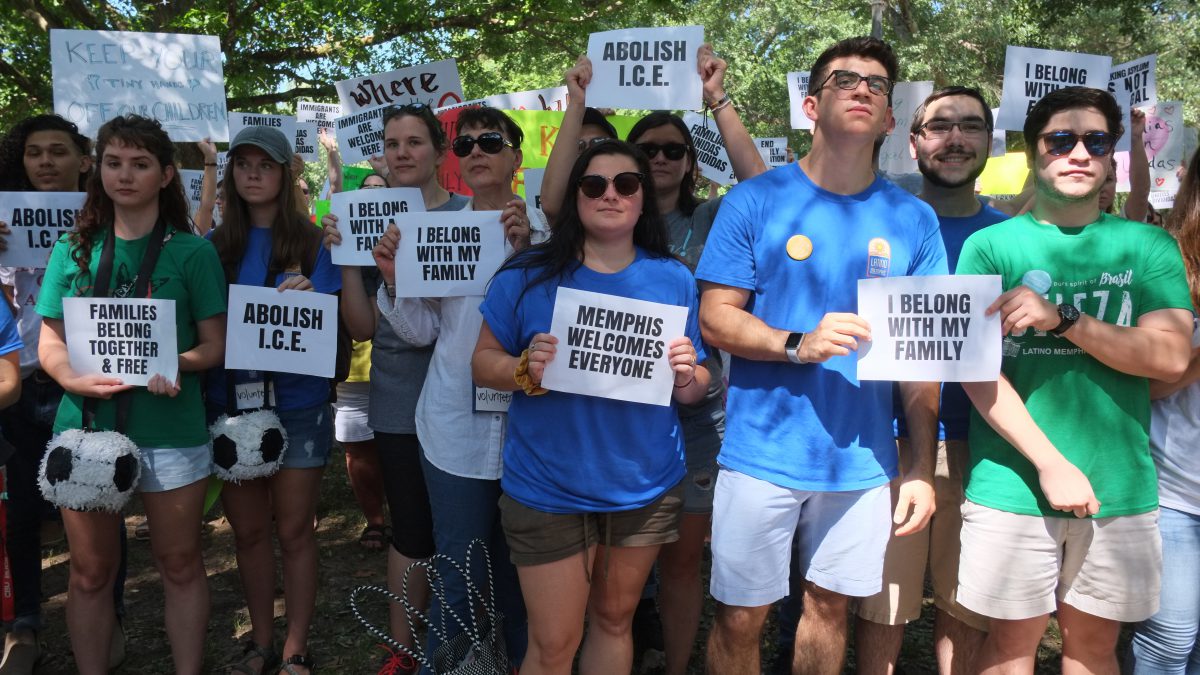 Last June, as outrage grew over Trump’s family separation policy, Defending Rights and Dissent joined with hundreds of other organizations mobilizing thousands to protest in the streets. Over 600 protests took place in cities across the country. They were all peaceful, and most even had permits from the local authorities. DHS had a list of every single one. The list of protests was compiled by a DHS private contractor called LookingGlass and was disbursed through DHS Fusion Centers, and was shared across DHS including Immigration and Customs Enforcement (which is a component of DHS).

The revelation that DHS had monitored these protests is just the latest in a string of revelations indicating that DHS is suffering from serious mission creep and is targeting critiques of the administration for monitoring and worse.

Today, Defending Rights and Dissent joined a coalition of over 100 organizations in sending a letter to the U.S. Department of Homeland Security (DHS) urging it to cease any targeting of activists, journalists, and lawyers based on their First Amendment-protected speech and associational activities. Read the letter here, and below. The coalition demanded that DHS address alarming reports of surveillance activity by U.S. Customs and Border Protection (CBP) and U.S. Immigration and Customs Enforcement (ICE) that jeopardizes First Amendment rights and access to legal counsel, and may violate the Privacy Act of 1974.

As we point out in the letter, ICE documented and disseminated lists of “Anti-Trump” protests in New York City. In addition, CBP allegedly targeted and created dossiers on activists, lawyers, and journalists working with and reporting on asylum seekers. First-hand accounts revealed a pattern of harassment including extended detentions and interrogations, electronic device searches at ports of entry, and denial of re-entry to Mexico.

The coalition demanded that DHS cease impermissible targeting, monitoring, and harassment of activists, journalists, and lawyers at the border, and disclose the policies, guidelines, and training materials that govern these activities.

Two years ago, DRAD organized a coalition of over 100 organizations to demand that Congress engage in real oversight of DHS (and DOJ) abuses of its authorities to engage in unjustified monitoring and documentation of First Amendment protected activities.

Since its inception after 9/11, DHS has blatantly disregarded the people’s free speech, assembly and association rights. This abuse of authorities – never acceptable – is especially ominous under Trump. If DHS won’t self-correct (and there is no indication that they will), Congress must step up and use its power of the purse to hold them accountable.