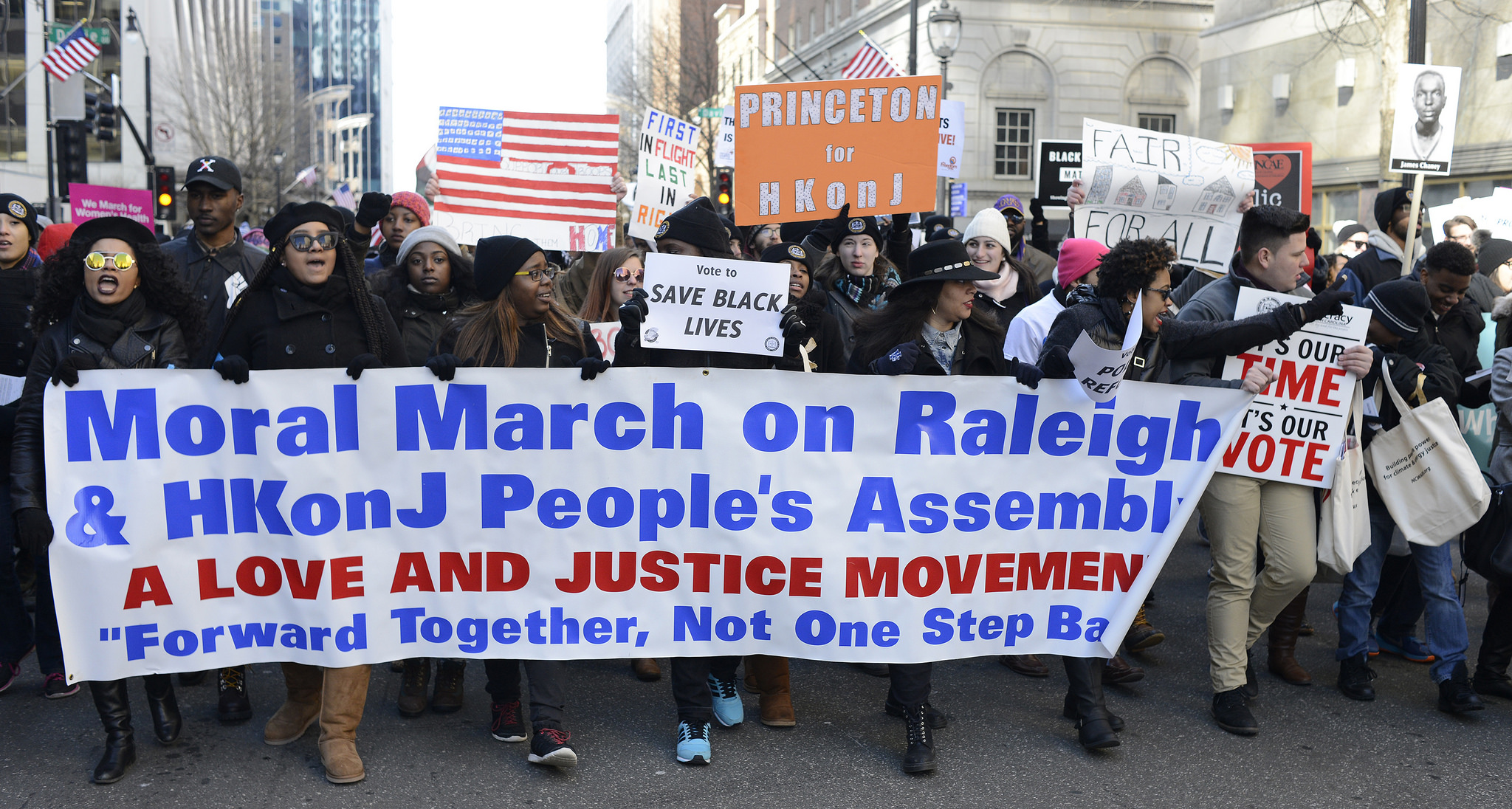 It was 14 degrees at 7:30 Saturday morning, February 14, as folks began gathering for the 10th Annual Moral March on Raleigh, know as the Historic Thousands on Jones Street (HKonJ). Despite the cold, 15,000 social justice activists gathered, filling the streets around Shaw University with signs and banners to highlight issues ranging from Medicare Expansion, Education Equity, Criminal Justice Reform, and Voting Rights.

The main theme for this year’s march was Voting Rights and getting out the Vote.

Our legislators are systematically seeking to abridge and suppress our vote and disrespect the rivers of blood which made our vote possible – we will mobilize like never before and cast ballots like never before. We will vote those who will pass just and moral policies that help the “least of these” and those who are most oppressed.

BORDC/DDF National Field Organizer, George Friday took to the podium to talk about the importance of community participation and taking individual action beyond voting,

“Democracy” means “The People Rule,” so that means “We The People” have to do more than just voting.  Know and communicate with your elected officials, be aware of the training practices  and requirements for your local police and educate yourself about the kinds of equipment and technologies that may be employed in or against your communities.

BORDC/DDF has resources to help you pass local ordinances to prohibit discriminatory profiling and surveillance by police, protect your First Amendment rights, and limit local law enforcement cooperation with ICE.

As a first step, you may want to ask your police, “What toys do you have?” (download the checklist)