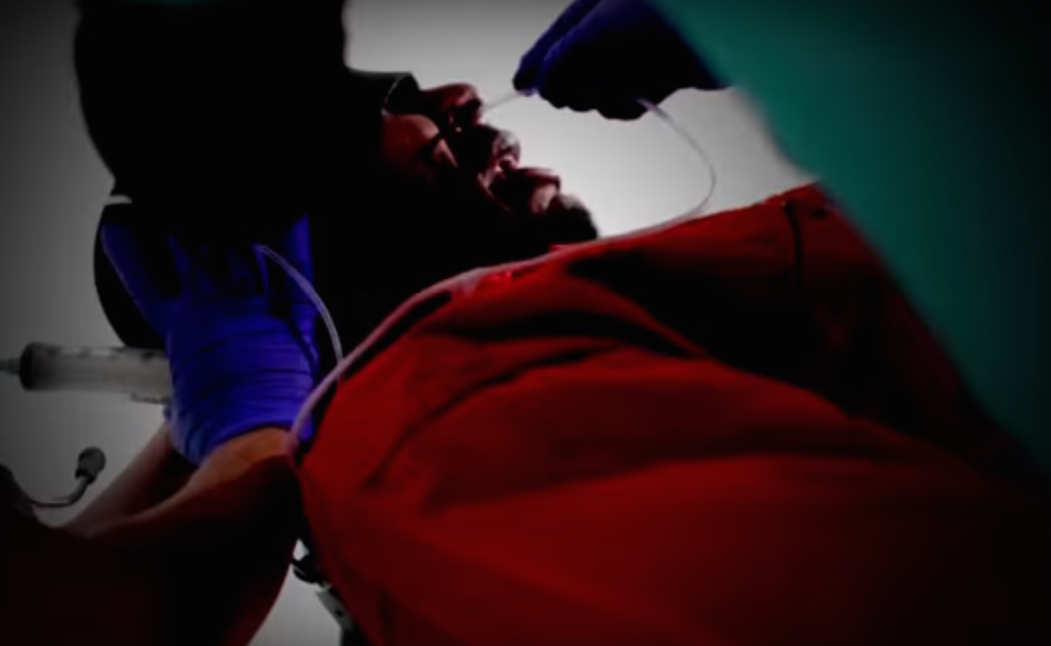 “I will never forget the first time they passed the feeding tube up my nose. I can’t describe how painful it is to be force-fed this way. As it was thrust in, it made me feel like throwing up. I wanted to vomit, but I couldn’t. There was agony in my chest, throat and stomach. I had never experienced such pain before. I would not wish this cruel punishment upon anyone.”

That’s how Samir Naji al Hasan Moqbel described the torture of being force-fed at Guantanamo Bay. He, along with dozens of other detainees, were was on a hunger strike in 2013 to protest being held at the prison without charge for over a decade.

Officials at Guantanamo have claimed that their force feeding is humane and the inmates are lying. But there is video evidence of the cruel and abusive treatment of prisoners on hunger strike, which advocates, led by the British human rights group Reprieve, have been fighting to make public.

Judge Gladys Kessler ordered the release of the videos over a year ago, but the Administration has stonewalled. However, tomorrow is a key date: The Solicitor General will have to decide whether to appeal Judge Kessler’s decision… or to comply with the order and finally let Americans understand how prisoners have been treated at Guantanamo.

** UPDATE (1/22/2016): The Obama Administration has decided to appeal Judge Kessler’s decision, so the release of the tapes continues to be delayed **

We’re supporting our allies at Reprieve and asking our supporters to send an email today to the Solicitor General. Tell him not to stand in the way of the Guantanamo footage being released. (This link is to an action page on the Reprieve website)

Cori Crider, a Reprieve attorney who represents Guantanamo detainees, told us in an email:

“The video evidence of abuse at Guantánamo exists. I have seen it. I have seen the blood drain from the faces of government lawyers as they watched it. But still, the US government is trying to hide it from the world.
So far our lawyers are the only people outside the US government ever to have watched the footage – it is disturbing and will make anyone who watches it lose sleep.
But that’s exactly why the public needs to see it. At the end of this Presidential term, if Obama is going to make meaningful progress in keeping his promise to shut Guantánamo, all of us need to know what the daily reality of what the prison is like.”

Let’s make sure those videos see the light of day.