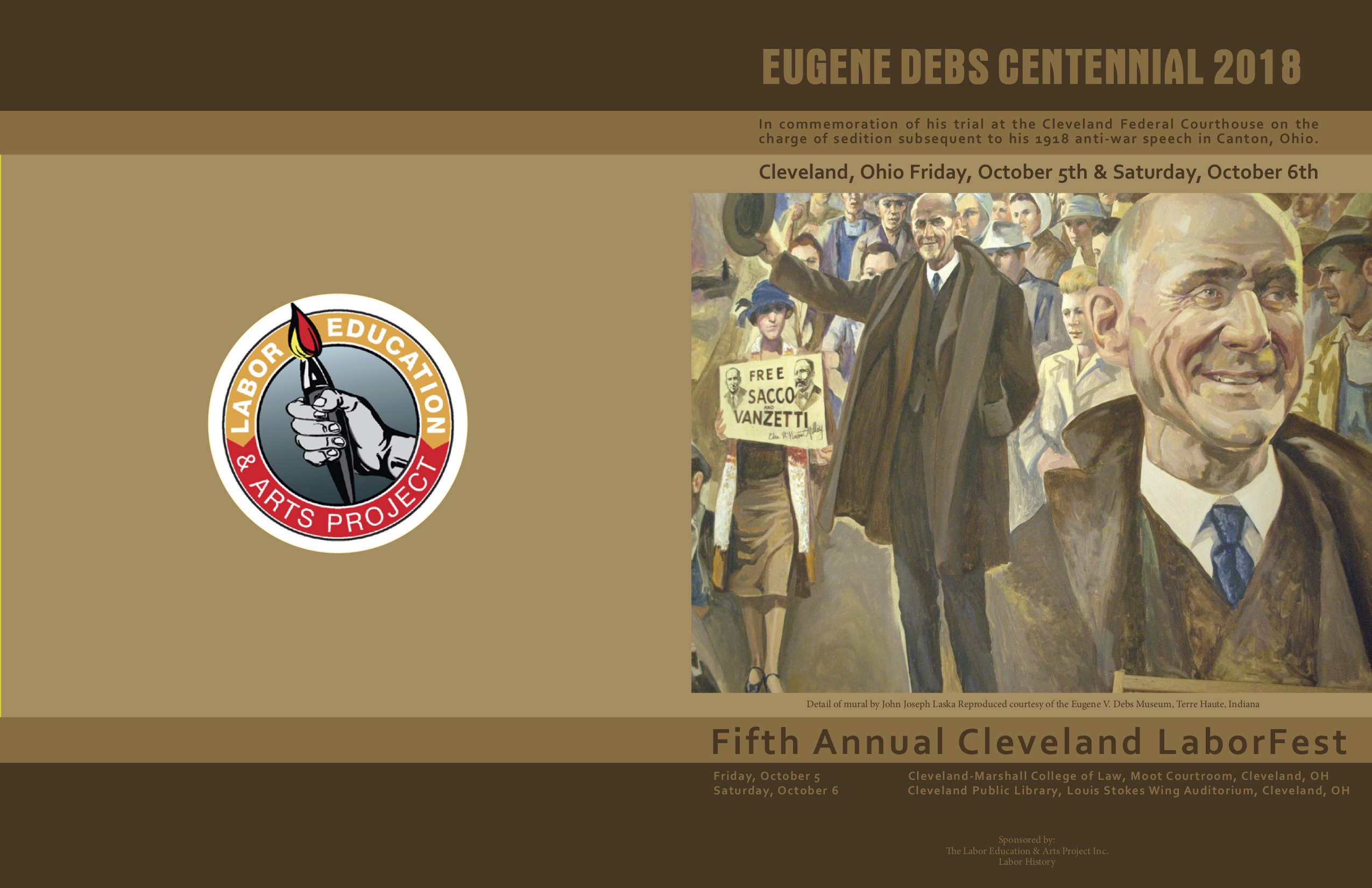 One hundred years ago, a watershed moment for free speech in our country occured. The popular socialist and frequent candidate for office Eugene Debs was put on trial in Cleveland, Ohio. His crime? While he was convicted under the Espionage Act, Debs’ crime was antiwar remarks made in Canton, Ohio, including “The master class has always declared the wars; the subject class has always fought the battles. The master class has had all to gain and nothing to lose, while the subject class has had nothing to gain and all to lose — especially their lives.”

Debs was convicted and sentenced to ten years in prison. He would ultimately be pardoned, but not before the Supreme Court ruled that the First Amendment did not prohibit the criminalization of his antiwar speech. Debs was not the only person sentenced under the Espionage Act, a number of war opponents, especially those of a socialist or anarchist beliefs, were jailed.

While the courts ultimately ratified these political persecutions, the modern civil liberties movement was launched in response to them. Even though our First Amendment guarantees the right to free speech and assembly, the courts failed to uphold these values. Before the Civil War, Southern States criminalized abolitionist literature, during the Gilded Age strikes and workers organizations were smashed violently. Through agitation, mobilization, and organization the movement for civil liberties was able to permanently change our free speech norms.

Today, it is difficult to imagine someone like Debs being jailed for such a speech. But it wasn’t even until the late 1960s when the Supreme Court finally struck down criminal syndicalism laws. That we enjoy today protections for antiwar speech is because of the pressure exerted from below by vibrant movements.

And while the Espionage Act may not be used in the same way it was 100 years ago, it still poses serious threats to free expression. This act has been repeatedly used against whistleblowers. While using a statute supposedly designed for spies and saboteurs against those who leak information to the media out of public interest concerns was once controversial, this practice has become normalized. The Obama Administration prosecuted more whistleblowers under this act than all previous ones combined. And the Trump Administration has already persecuted two seperate whistleblowers under this act.

Sue and I will be addressing a conference marking the centennial of the Debs trial in Cleveland later this week. As a result, we’ve been thinking about many of the issues laid out in this letter. We think that while it is always important to learn about the history of resistance and dissent, the Debs’ case has continuing lessons for today. This is especially true as many of us fear an increasingly reactionary judiciary.