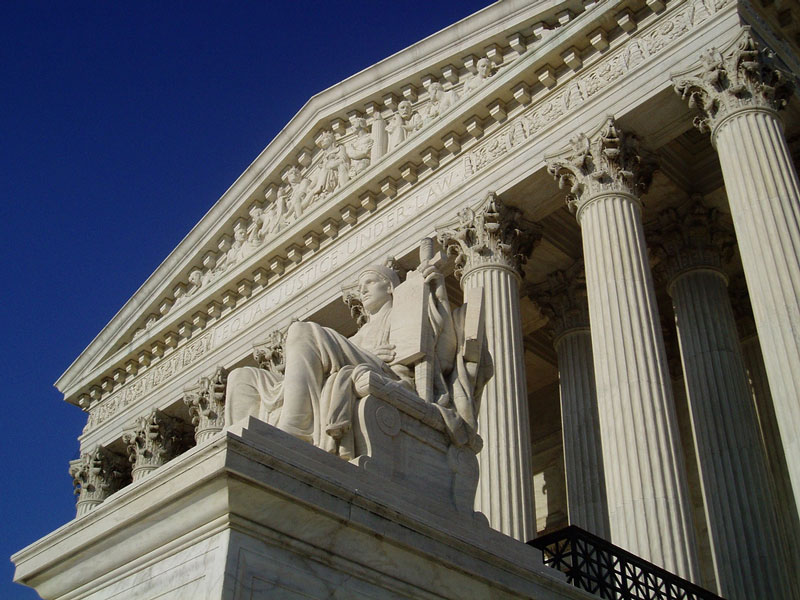 “Trump and his team have repeatedly made clear that hatred and bigotry is the animating factor behind his Muslim Ban. His intent could not be more obvious. By pretending that there is a neutral purpose for this ban, the Court has essentially announced it will turn a blind eye to blatantly discriminatory policies,” said Chip Gibbons, Defending Rights & Dissent Policy & Legislative Counsel.

Resources about the ban:

* The National Security Entry-Exit Registration System (NSEERS) required non-immigrant men and boys from predominantly Arab and Muslim-majority countries to report to an immigration office to be photographed, fingerprinted and interviewed. Those targeted by the NSEERS program were only permitted to leave the United States from specialized ports. Failure to comply with the program often resulted in arrest and deportation. There were criminal and civil penalties associated with NSEERS, including arrest, detention, monetary fines and/or removal from the United States.

** CVE or Countering Violent Extremism programs target Muslim communities for surveillance and tasks community members such as teachers, religious leaders, healthcare professionals with monitoring and reporting to law enforcement the political and religious beliefs and practices of their students, parishioners, patients and neighbors.