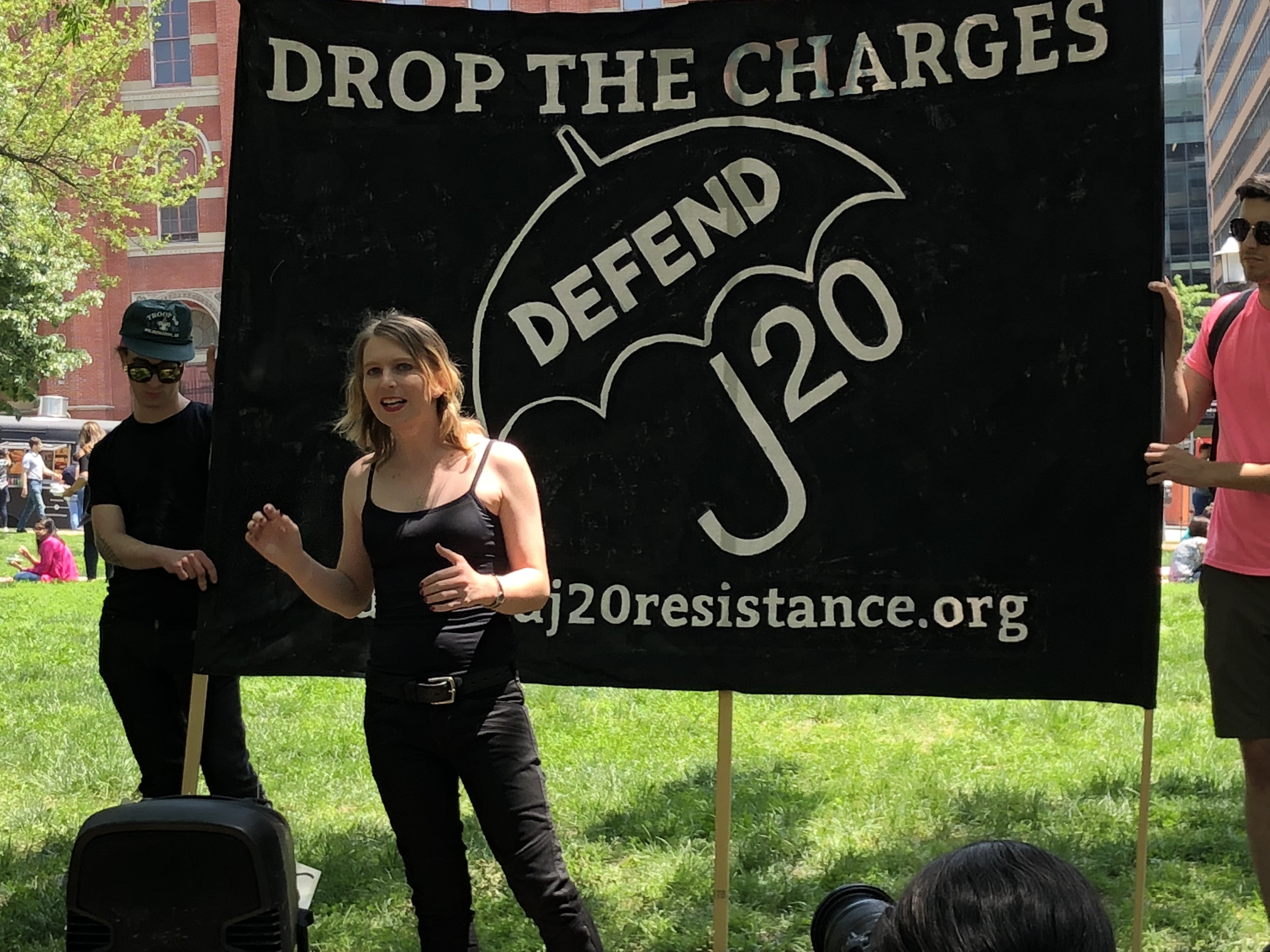 WASHINGTON, D.C. – Yesterday, Judge Anthony J Trenga ordered that whistleblower Chelsea Manning be freed from jail. Manning had refused to testify before the WikiLeaks grand jury citing the threat it posed to press freedom, as well as her own principled opposition to the secretive grand jury system. Because of this grand jury resistance, Manning has spent the majority of her time since March, 2019 imprisoned in a Virginia detention center. As part of the attempt to coerce her into testifying, the judge also imposed unprecedented fines against her. While Manning will go free, Judge Trenga has refused to waive the $250,000 fines.

“It was well past time for Manning to go free,” said Defending Rights & Dissent Policy Director Chip Gibbons. “However, Manning should never have been imprisoned to begin with. She testified extensively under oath during her court martial. This highlights the fact that the US government was likely abusing the grand jury to continue to retaliate against her exposing their crimes. That the grand jury itself is connected to an unprecedented attempt to use the Espionage Act against a publisher of truthful information shows that the US government is engaged in an all out war on truthtelling.”

Manning was convicted of turning over to WikiLeaks a trove of secret information exposing the realities of US warmaking and foreign policy. The New York Times, The Guardian, Der Spegel, Le Monde and Al Jazeera, and others worked with WikiLeaks to publish groundbreaking stories based on the information. For the crime of alerting the public to the conduct of their government, a military court sentenced her to 35 years in prison. While Barack Obama commuted her sentence to 7 years, she still served more time in prison than anyone else for giving information to the media.

When Manning was initially arrested in 2010, Defending Rights & Dissent organized one of the first protests calling for her freedom. In 2016, we mobilized our supporters to urge Barack Obama to commute her sentence. Similarly, last year we mobilized supporters to urge the US District Attorney to rescind her subpoena to appear before the WikiLeaks grand jury. Most recently, we joined with our allies Fight for the Future in gathering petitions to the Judge asking for her freedom. We have also sent letters to both her jailers and a UN Special Rapporteur expressing concern at her conditions of confinement.

“Manning’s treatment is unfortunately in line with a larger pattern. Those who expose the wrongdoings of the government are persecuted, while the powerful continue their abuses with impunity,” said Gibbons.