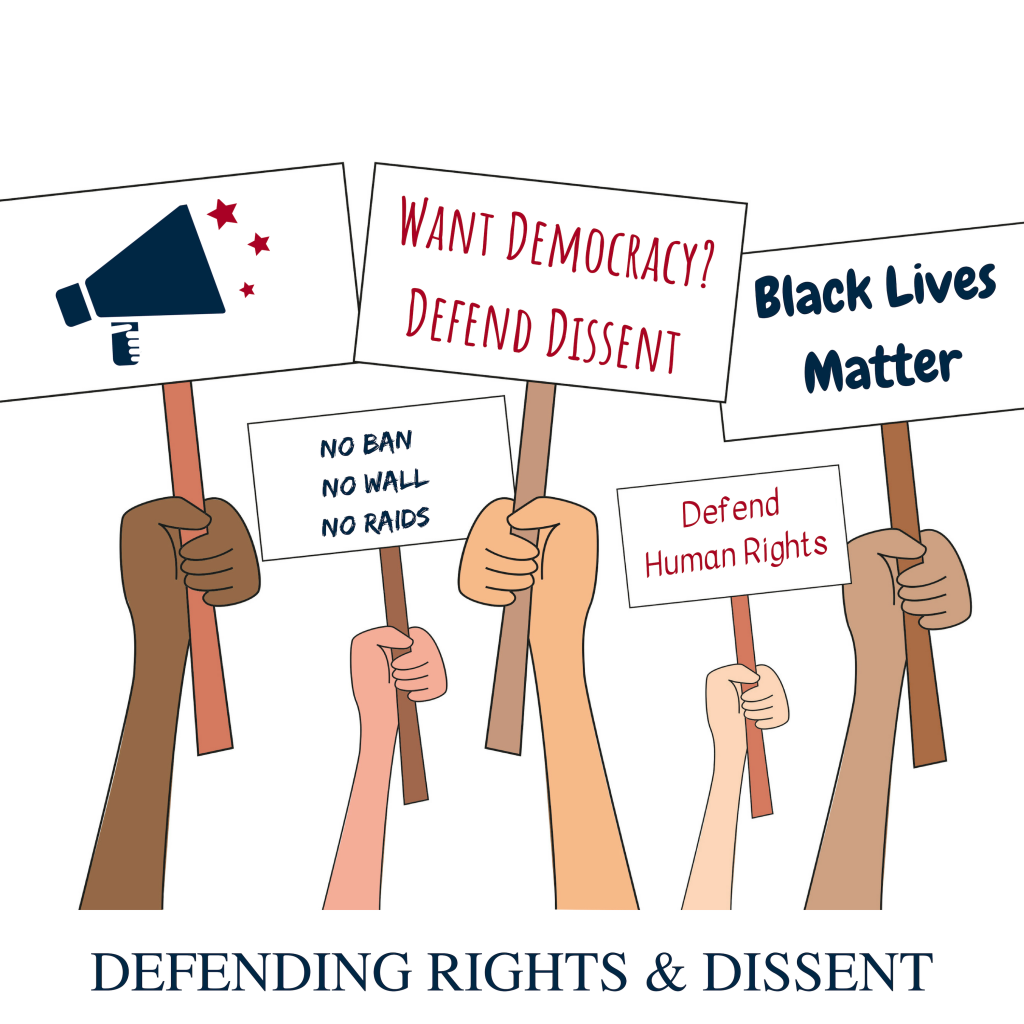 Defending Rights & Dissent has some exciting news. On November 10, 2019, Azadeh Shahshahani and Patrick Eddington joined our board of directors.

Azadeh has has worked for a number of years in the U.S. South to protect and defend immigrants and Muslim, Middle Eastern, and South Asian communities. She currently is the Legal & Advocacy Director for Project South. Previously, she was president of the National Lawyers Guild and National Security/Immigrants’ Rights Project Director with the ACLU of Georgia. She is the author or editor of several human rights reports, including a 2017 report titled “Imprisoned Justice: Inside Two Georgia Immigrant Detention Centers,” as well as law review articles and book chapters focused on racial profiling, immigrants’ rights, and surveillance of Muslim-Americans. Her writings have appeared in the Guardian, the Nation, MSNBC, USA Today, Aljazeera, and HuffPost, among others.

Patrick is a research fellow in homeland security and civil liberties at the Cato Institute. Prior to that, he worked from 2004 to 2014 as communications director and later as senior policy advisor to Rep. Rush Holt (D-NJ). Patrick also brings another unique experience to our board–he was a CIA whistleblower. Patrick worked as a CIA analyst, when he decided to come forward with “sensitive information about U.S. soldiers’ exposure to toxins during the first Gulf War.” As a result, you may have seen or heard Patrick on the news lately relating his own experiences as a whistleblower to current issues surrounding the Ukrainegate whistleblower. Patrick also provided feedback and expertise during the drafting of our report Still Spying On Dissent: The Enduring Problem of FBI First Amendment Abuse. His opinion pieces have appeared in a number of publications, including the Washington Post, Los Angeles Times, Washington Times, and Army Times.

Both Azadeh and Patrick are leaders in their field and deeply committed to defending civil liberties. We could not be more excited about them joining DRAD.