House Votes to End Illegal US War in Yemen, Will Senate Follow? 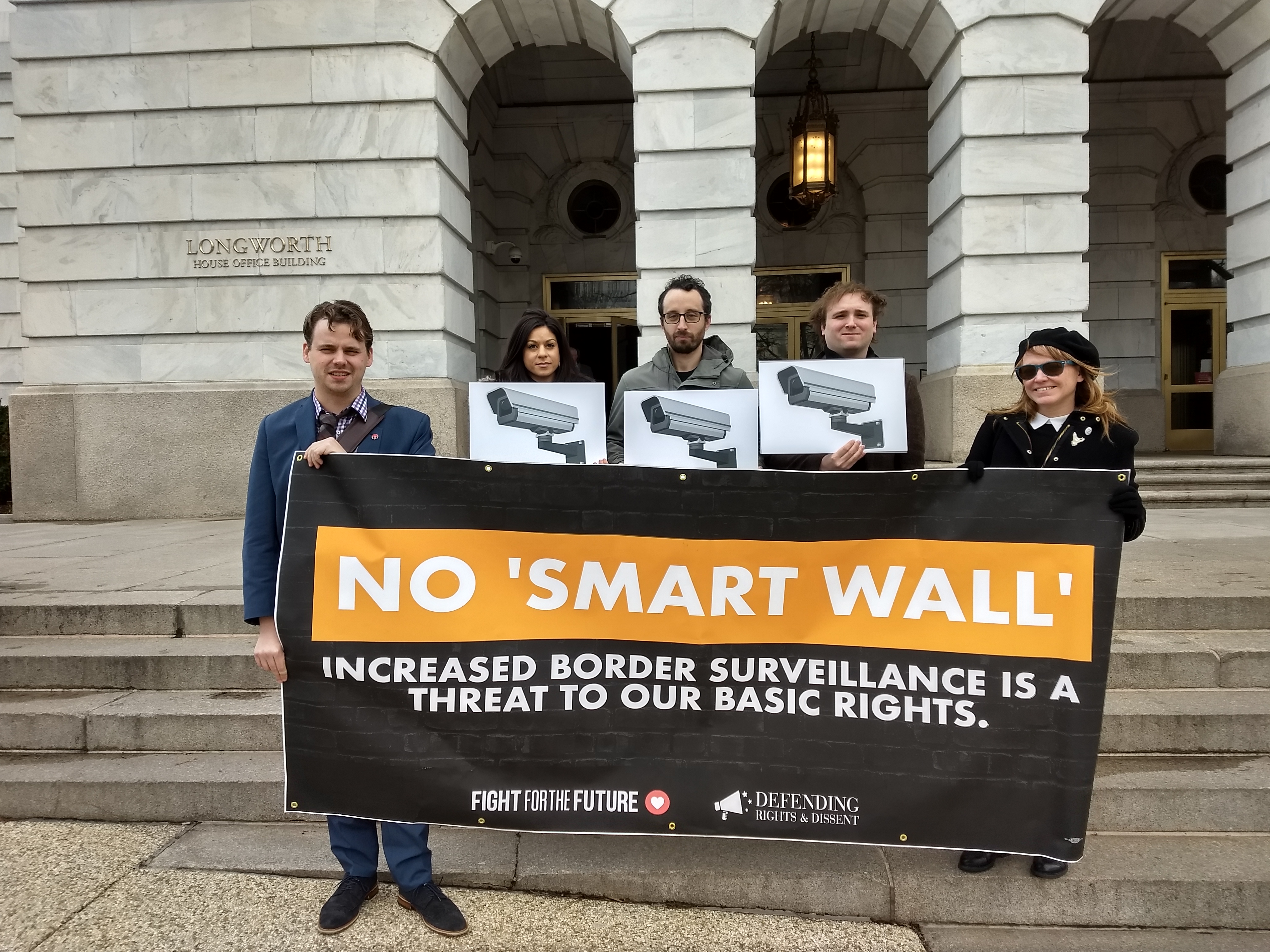 As part of a nationwide day of action against border surveillance, DRAD, along with Fight for the Future, Access Now, American-Arab Anti-Discrimination Committee, Demand Progress, and Free Press Action delivered thousands of petition signatures to Speaker Pelosi urging her to refuse to provide additional funding for a physical or technological border wall.

We also delivered an open letter to Congress signed by 28 human rights and civil liberties groups including DRAD, Fight for the Future, the ACLU, EFF, RAICES, Mijente, calling on Members of Congress not to fund surveillance technology at the border.

Additionally, the Washington Post published an op-ed by Fight for the Future’s Evan Greer, More border surveillance tech could be worse for human rights than a wall.

We are concerned that a “Smart Wall” would include the following:

We should be shutting down these surveillance programs, not expanding them.

The border is often a testing ground for surveillance technology that is later deployed in American cities, almost always targeting low-income neighborhoods, immigrants, religious minorities, political dissidents, and people of color. Offering up expanded government spying as a bargaining chip in border negotiations could have far reaching effects on the most marginalized people in our country, fueling mass incarceration and automating racial profiling.