DRAD to Congress: Don’t Single Out Charities Based on Religious Affiliation 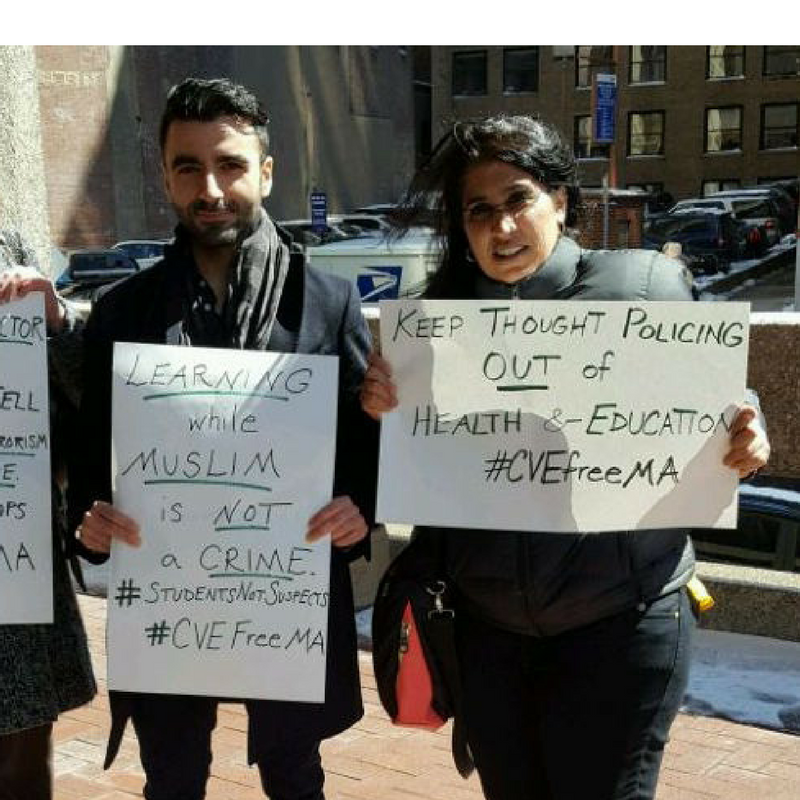 President Obama launched the Countering Violent Extremism (CVE) program in 2014 on the premise that the government should help guide people away from becoming terrorists. That sounds great, until you examine the program, which, it turns out, targets people based on protected First Amendment activities, and is based on debunked theories of radicalization. The program combines profiling, surveillance, censorship, and even thought control (if a government agent believes you are too radical and may turn to terrorism, you may be eligible for an “intervention”). The program was touted as a way to stop all types of terrorism, from animal rights activism to white supremacy. But in truth, it has focused on Muslims, and had the effect of painting all Muslims as being at risk for becoming terrorists, and also dividing the community.

Civil liberties and civil rights groups have opposed CVE since it was announced because of its deleterious effect on marginalized communities, and the potential it can be used as a tool to quash dissent.

But CVE has a strong, if superficial, appeal. Who wouldn’t want to steer people away from violence? And, when that violence is based on ideas we abhor, like the hatred, bigotry, and xenophobia expressed by white supremacists, it’s easy to be seduced by CVE programs.

Defending Rights and Dissent, the Brennan Center for Justice and the ACLU wrote a letter signed by over 50 civil liberties and human rights groups urging leadership in the House of Representatives and the Senate to reject proposals to expand existing Countering Violent Extremism (CVE) programs to focus on white supremacist extremism. This approach, the letter argues, will not be effective or make the country safer, but will undermine fundamental rights. Read that letter here.

In addition, we worked with the Muslim Justice League to organize a statement from Arab, Muslim, Middle Eastern, South Asian groups and community leaders and activists explaining the toll CVE programs have taken on their communities, and urging allies to oppose these programs. That statement is below, and available as a PDF here.

“In the wake of Charlottesville, the rising awareness of blatantly white supremacist groups (and statues) has understandably led to calls for greater action to prevent this violence. However, calling for the Countering Violent Extremism program to be expanded to include white supremacist groups serves to legitimate a program that surveils, profiles, censors, and divides the Muslim community. We urge our allies to refrain from lending their support to CVE programs, and to understand how the heated rhetoric around terrorism impacts the Muslim community.

“Although the current administration has reportedly seen CVE under Obama as being too soft, and has pushed for a complete focus on “Islamic extremism,” CVE has always disproportionately and punitively targeted Muslim and other marginalized communities. To include white supremacist groups would not alter the foundation of the program, which is based on debunked, pseudo-scientific theories that “radical” ideas lead to violence. Moreover, inclusion of white supremacist-focused groups would not decrease or redistribute the damage done to Muslim communities as a whole through this type of surveillance.

“Countering Violent Extremism programs treat Muslim communities as uniquely predisposed to commit acts of violence. Such beliefs are based on anti-Muslim racism and continue to uphold state-sanctioned Islamophobia that feeds into the larger dehumanization of our communities. The impact of mass surveillance on Muslims has been felt for years, causing distrust between us and law enforcement, and splitting our communities between those who participate in these programs and those who do not. Many of the programs and individuals participating or being asked to participate in CVE include teachers, mental health providers, and Muslim-led service organizations; beyond dividing and destroying our communities this chills access to much needed social services.

“Inclusion of white supremacist groups, harkening back to the token funding and messaging under the Obama administration presents CVE as an equal opportunity campaign against all types of “violent extremism.” But even Life After Hate, an organization known for helping people leave white supremacist groups which was cut from CVE funding by the Trump administration, actually included a component focused on “jihadists” within their CVE proposal. Not only has government funded CVE always disproportionately focused on Muslims, but CVE can easily be expanded to other marginalized communities deemed at-risk of “violent extremism,” as seen in the Denver Police Department’s program which would include outreach to refugee, Black Lives Matter, and LGBTQ communities.

“We can and must work together to end white supremacy in all forms, including challenging state institutions and policies like the expansion of CVE programs domestically and globally under the “War on Terror.” Inclusion of programs focused on white supremacist bigotry into a larger system of state surveillance that upholds institutional white supremacy through its criminalization of entire marginalized communities will fuel the system upon which overt bigotry thrives.”

Individuals (affiliation for identification purposes only)

Sahar Aziz, Professor of Law and Director of the Center on Security, Race, and Rights, Rutgers Law School

Monique Salhab, Veterans For Peace National Board of Directors