Demand That Charges Against Winner Be Dropped 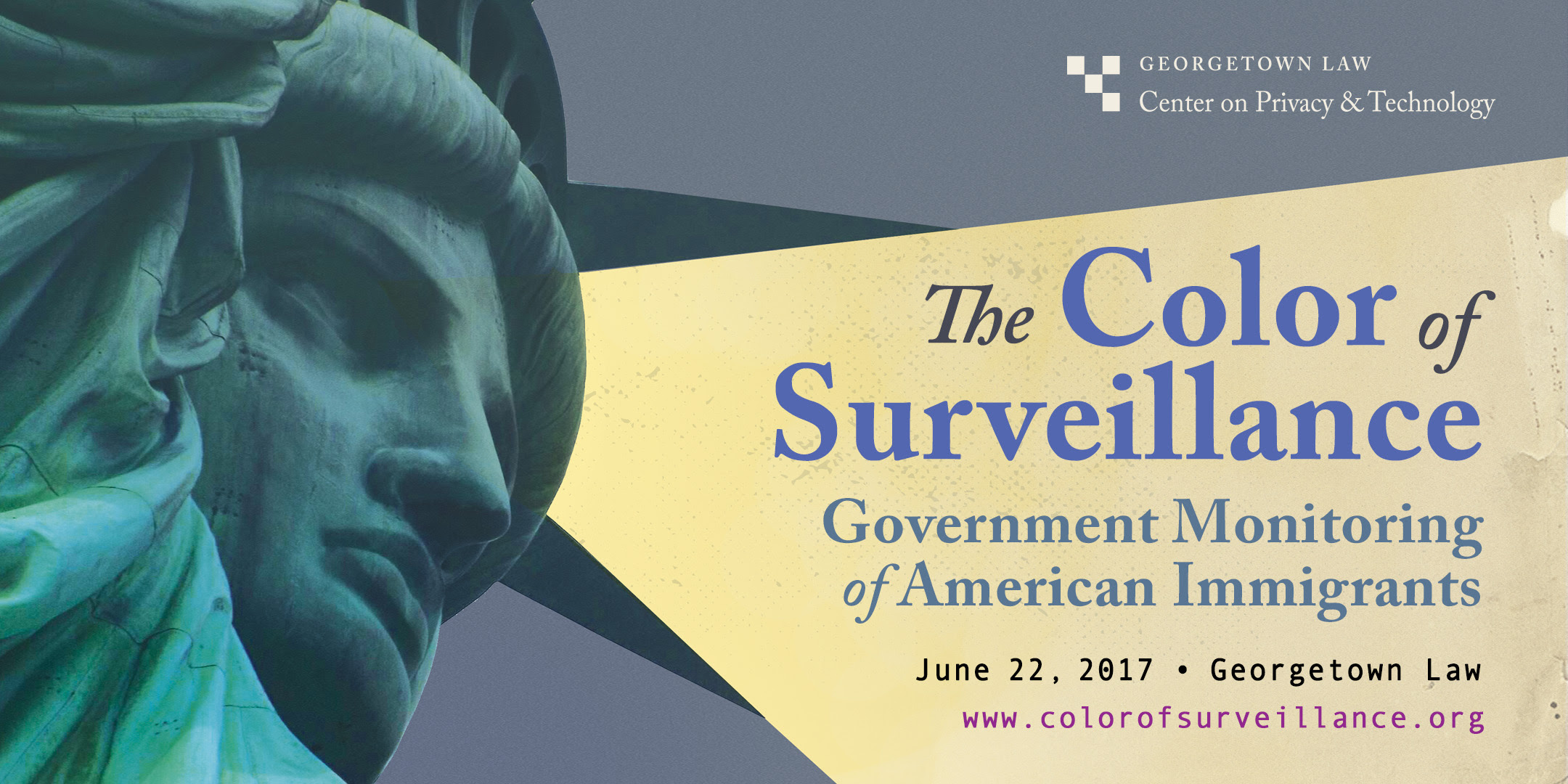 Since the Snowden disclosures of 2013, it’s been a truism in Washington that “everyone is watched.” But history shows that not everyone is watched equally: Instead, people of color, immigrants, religious minorities, and LGBT persons have disproportionately been the targets of government tracking. This is what we refer to as “the color of surveillance.”

On June 22, the Georgetown Law Center on Privacy & Technology will hold The Color of Surveillance: Government Monitoring of American Immigrants. American surveillance of immigrants is far from new. The interrogations and surveillance of Chinese and Indian immigrants in the late 19th and early 20th centuries; the misuse of Census data to locate and incarcerate Japanese Americans during World War II; and the inspections and workplace monitoring of Mexican guestworkers in the 1940s, 50s, and 60s all evince a long history of disparate government tracking — a trend that has expanded rapidly since 9/11.

How have the geopolitical and technological shifts following 9/11 changed the nature of that targeting? What is the relationship between the surveillance of immigrants and monitoring of the broader American population? How can policymakers address the lessons of history while meeting their obligations to public safety and national security? These are the kinds of questions the conference will grapple with.

RSVP to Attend the Event in Person OR to Watch Livestream

Livestream will be available here

This is the second Color of Surveillance conference. In 2016, the Center held its first conference on the subject, which focused on government monitoring of the African American community. The conference was covered live, in its entirety, by C-SPAN, and featured the Pulitzer-winning biographers of W.E.B. DuBois and Martin Luther King, Jr.; the general counsel of the FBI; and a range of scholars, advocates, and technologists.

That fall, the Center helped convene a coalition of local grassroots advocates led by the Center for Media Justice — the Color of Freedom coalition. It is our shared belief that for surveillance reform to occur in a way that addresses historical racial disparities, the leaders of that movement must be diverse, diffuse, and local.