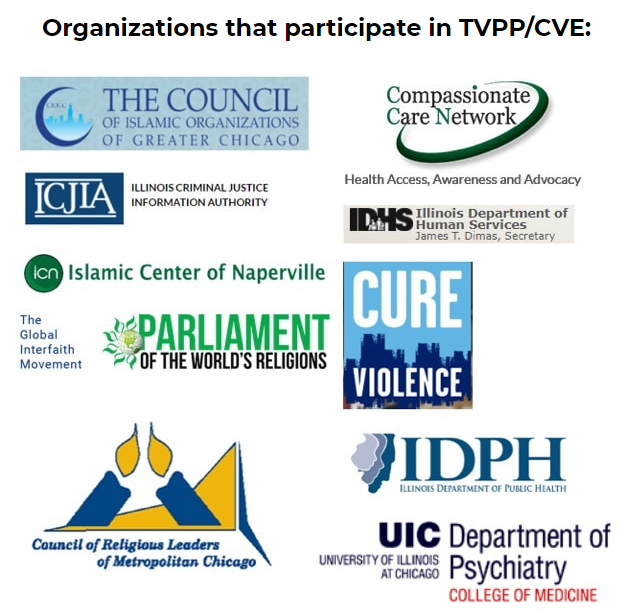 On Wednesday, September 26th, the Arab American Action Network (AAAN), a grassroots community organizing and social services institution based in southwest Chicagoland, filed a federal lawsuit against the Department of Justice, the Department of Homeland Security, and the FBI to force them to release records about a secretive and controversial federal initiative called Countering Violent Extremism (CVE), and how it has spread to Illinois. The CVE initiative is a collection of federal programs and grants, allegedly designed to prevent homegrown terrorism by identifying potentially “radicalized” people in local communities.

“We’re very concerned about the intrusion of federal law enforcement into our local neighborhoods through this highly criticized program,” said Muhammad Sankari, Lead Organizer of the AAAN. “The people of Chicago need to know how and why the federal government funds police departments and community organizations to spy on our neighborhoods, using the very people we should trust: teachers, therapists, and religious leaders. The public needs to know what these programs are, how they work, and what information the government keeps about our community members, particularly young men, people of color, and Arabs and Muslims.”

“Every major civil liberties group in the country has raised the alarm about CVE,” said Mary Zerkel of the American Friends Service Committee, “but the program has only grown and spread. Now that it’s here in Chicagoland, the government needs to provide the public with records that show what it’s doing here and why.”

Hanan Van Dril, one of the attorneys who filed the suit on behalf of AAAN, notes that “the CVE program involves both funding–about $187,000 from the Department of Homeland Security to a state agency called the Illinois Criminal Justice Information Authority–and other activities coordinated by the FBI and the DOJ.” She added, “But we know next to nothing about the development and implementation of these programs. And, these federal agencies have simply failed to turn over records.”

Those who study national security issues have concluded that initiatives like CVE have no basis in science. Nicole Nguyen, an assistant professor who studies CVE at the University of Illinois at Chicago’s College of Education, states, “There is no evidence that CVE, or any other similar program, can reliably identify who might be vulnerable to terrorist radicalization. And that’s because there is simply no profile, pattern, or set of indicators by which at-risk individuals can be identified. For that reason alone, these CVE grants are a waste of federal tax dollars; but they’re also dangerous, because they can lead to racial and religious profiling and other abuses of civil liberties.”

“The first step is for DHS, DOJ, and the FBI to give us the records we’ve asked for so we can show the public what’s going on here,” said Hatem Abudayyeh, executive director of the AAAN. “And the next step is for the federal government to shut this program down, because we’re confident that by shedding light on these programs, it will be apparent that CVE is a domestic spy operation in Chicago’s backyards.”

AAAN is represented by Community Activism Law Alliance (CALA), a grass-roots nonprofit dedicated to a holistic legal approach created for, by, with, and within community partners across Chicago