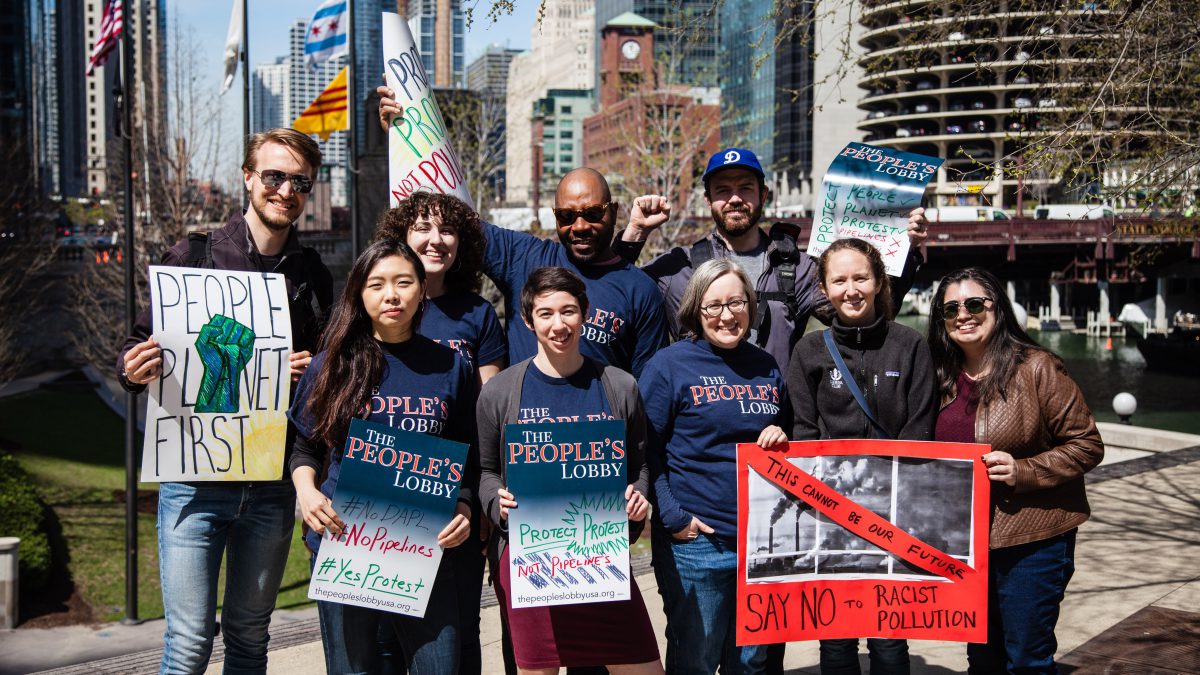 The People’s Lobby, Sierra Club and environmental justice leaders from around the city spoke out at a press conference yesterday against HR1633. The bill is designed to squash anti-pipeline protests with a mix of draconian fines and jail time for peaceful civil disobedience. Defending Rights and Dissent has been working with grassroots groups in Illinois to defeat the bill.

ALEC (the American Legislative Exchange Council) quietly shepherded this bill through the Illinois House of Representatives, and is hoping to do the same in the Illinois Senate. ALEC has similar bills pending in 12 states. Environmental organizations are coming together to kill the ALEC bill in Illinois and undermine its chances for passage elsewhere. The future lies in renewable energy and green jobs, and activists urge Senate Democrats and Governor Pritzker to oppose House Bill 1633.

The People’s Lobby is an organization of people across the Chicago region who fight together for racial and economic justice. We train leaders to build bases in our communities, organize support for progressive legislation, and take direct action to pressure elected officials and other powerful people to put the interests of people and the planet first.