Campaign to Stop TrumpINTELPRO Launches as SFPD Withdraws from JTTF

What Does Neil Gorsuch Mean for Civil Liberties?

Campaign to Stop TrumpINTELPRO Launches as SFPD Withdraws from JTTF 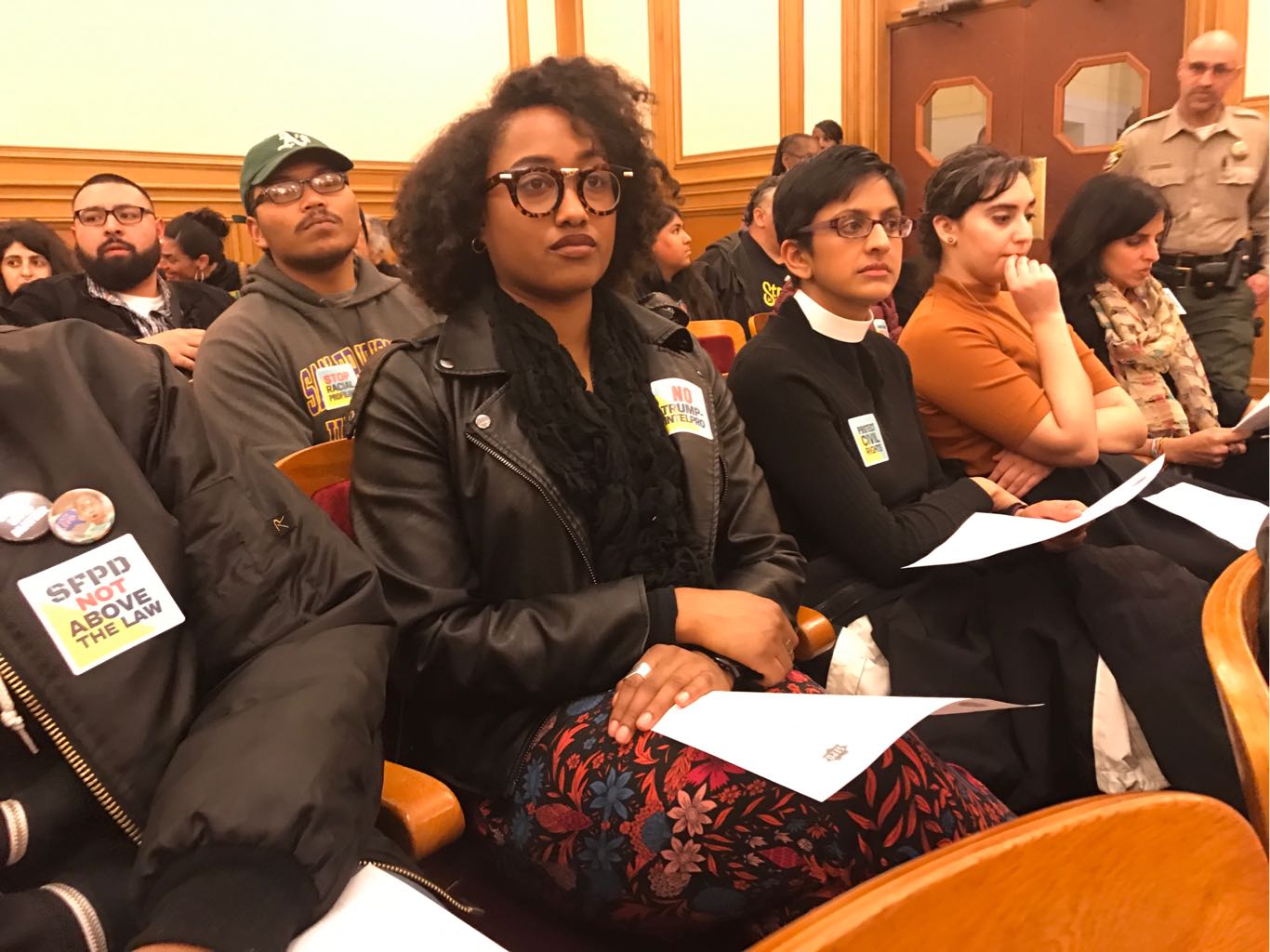 What if every police force in the country refused to go against the Constitution and their own rules to help advance the Trump agenda of creating a Muslim registry, spying on every Mosque, deporting millions of innocent undocumented people, and disrupting constitutionally protected activism?

It would seriously disrupt Trump’s plans. Cities, towns, and counties have the power to do that, to protect their residents from Trump, and to build a resistance that can defeat Trumpism. On Wednesday night, San Francisco took a big step in that direction, when the police department withdrew from the FBI’s local Joint Terrorism Task Force. Our goal is to make that happen in cities and counties across the country.

Through collective action, we can choose to create our own walls… walls of protection… walls that Donald Trump can neither infiltrate nor demolish. Let us, The People, build and defend sanctuaries that protect ALL communities from Trump and the violent, white supremacist, woman-hating, anti-immigrant, LGBTQIA-bashing, Islamophobic, racist system that he represents.

Bill of Rights Defense Coalition/Defending Dissent Foundation has joined with a range of civil society groups, including Asian Americans Advancing Justice – Asian Law Caucus, Council on American-Islamic Relations of the San Francisco/Bay Area, and Black Movement Law Project for the announcement of the launch of the Stop TrumpINTELPRO Campaign.

The Stop TrumpINTELPRO campaign will help cities pass local ordinances to mandate local police follow local laws, not the dictates of Trump’s FBI. Such measures have already proven successful in San Francisco, which with Trump announcing an agenda of mass surveillance of Muslims and intolerance of dissent, could prove to be a powerful way for local communities to fight back.

At the heart of the campaign are the FBI’s 108 Joint Terrorism Task Forces (JTTF). JTTFs, located around the country, are partnerships between the FBI and federal, state, and local agencies. John Crew, an advisor to the campaign, explained during a press briefing that hundreds of local police departments across the country assign local police to work with the JTTFs. While the local taxpayers pick up the tab, the police frequently work out of FBI offices and follow FBI rules.

It is the last part that is most problematic, many local police departments are governed by local or state statutes and regulations that subject them to a far more stringent standard of conduct than the FBI’s rules. This is particularly troubling in the time of Trump. As former FBI agent and current Brennan Center Fellow Mike German explained to the press, the FBI does not derive its limitations on its power from a statute, but rather the Attorney General Guidelines. These guidelines were put into place after the Church Committee uncovered the abuses of the FBI’s COINTELPRO, when they spied on civil rights and anti-war activists, and engaged in outrageous abuses of power aimed at silencing constitutionally protected speech.

Since the Attorney General put these guidelines in place, the Attorney General can change them. And over the years, under successive Attorneys General, the guidelines have been loosened to the point where there are very few restrictions on what FBI agents can do. It is frightening to think how those guidelines could be made even worse by Jeff Sessions. Trump has said he will spy on Muslim communities and we know how intolerant he is of dissent. An FBI based on these policies would harken back to the days of COINTELPRO.

But local communities whose values align with the First Amendment, not the Trump agenda, can mandate that their law enforcement refuse to be complicit in the FBI’s abuses of power. The Stop TrumpINTELPRO campaign offers a model ordinance that would restrict police to abiding by local laws and regulations, not FBI ones. It would also require that a city notify the public if it was to enter into a memorandum of understanding with a JTTF.

This model is not without precedent, it is based on a specific ordinance adopted in San Francisco in 2012 that compelled SFPD to follow San Francisco and California law when participating in the JTTF, rather than the “anything goes” rules of the FBI. Portland, Oregon also adopted a similar ordinance. Amazingly, the night before we launched this campaign, the San Francisco police department announced that in light of Trump’s policies, it would suspend cooperation with the JTTF.

Visit TrumpINTELPRO.com to find out more, and to get resources to start a campaign in your city or county.