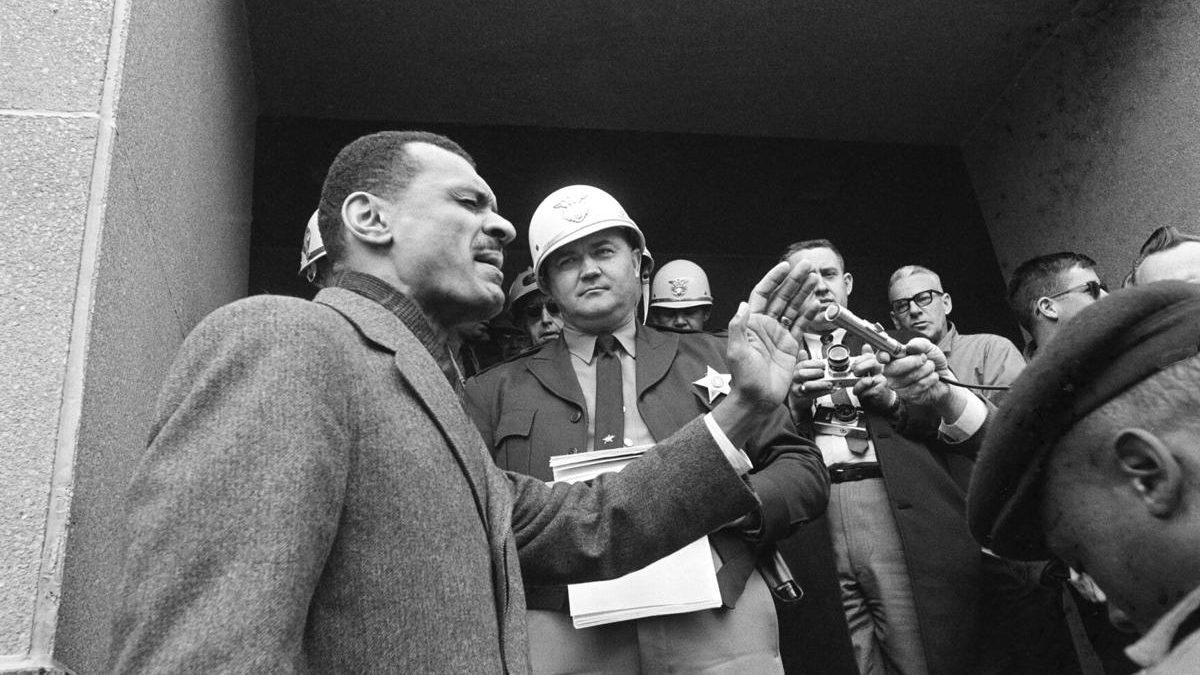 The board and staff of Defending Rights & Dissent mourns the loss of our longtime board member, Rev. C.T. Vivian, a legend of the civil rights movement and who was awarded the Presidential Medal of Freedom in 2013. He served on the DRAD Board of Directors from the 1980’s (when the organization was called the National Committee Against Repressive Legislation) until 2018.

“C.T.’s passion was civil rights, but he well knew the importance of civil liberties to that battle. His wisdom and insight helped guide the organization over many decades,” said President Emeritus Woody Kaplan. “On a board full of egos (Frank Wilkinson and Gore Vidal among them), C.T. in a quiet way not only could move the room, but allowed other people to claim his ideas as their own. We are proud of our association with C.T. and honored that he graced our board for so many years.”

“It wasn’t C.T.’s job as a board member to bring joy to every meeting he attended, but that’s what he did,” said Sue Udry, DRAD executive director. “I loved working with C.T., learned so much from him and deeply valued his contributions as a leader of our organization.”

The New York Times obituary of C.T. makes note of his leadership and his deep commitment to non-violence as a powerful force for social change,

In a nation trying to come to grips with racial inequality in the 1960s, Mr. Vivian was a paladin of nonviolence on the front lines of bloody confrontations, leading passive protesters through shrieking white mobs and, with discipline and endurance, absorbing the blows of segregationists and complicit law enforcement officials across the South.

Although C.T. may be best known as a Freedom Rider and his work with Dr. Martin Luther King, his work for racial justice long predated his association with Dr. King, as the Washington Post reported,

Vivian began staging sit-ins against segregation in Peoria, Illinois, in the 1940s — a dozen years before lunch-counter protests by college students made national news. He met King soon after the budding civil rights leader’s leadership of the 1955 Montgomery bus boycott, and helped translate ideas into action by organizing the Freedom Rides that eventually forced federal intervention across the South.

C.T.’s activism spanned over 70 years. He tirelessly worked to make this country more just for everyone. We will miss him greatly