What Does Neil Gorsuch Mean for Civil Liberties? 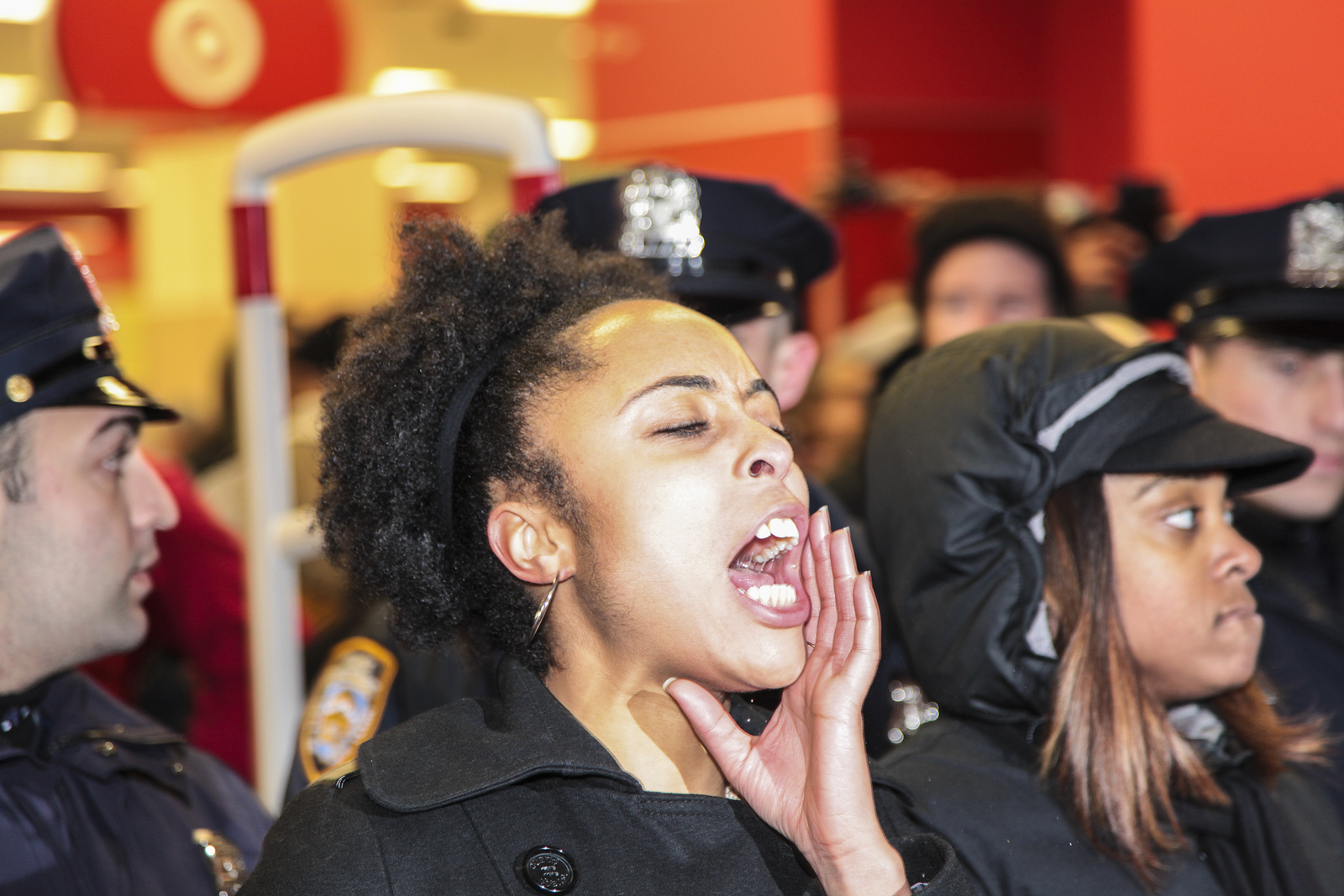 Protesters and journalists have reached a tentative settlement with the City of Berkeley in a National Lawyers Guild federal civil rights lawsuit over police brutality at a December 6, 2014, racial justice protest.

The plaintiffs alleged that they were clubbed and tear gassed for no reason and forcibly herded more than a mile down Telegraph Avenue, from the south campus area into Oakland. The settlement, which is expected to be approved at the February 14, 2017, Berkeley City Council meeting, includes policy changes intended to prevent a recurrence of the police misconduct, and $125,000 for seven plaintiffs. Two other plaintiffs settled earlier with the City of Hayward, whose police provided mutual aid at the protest, for an undisclosed amount.

The 2014 protest was a march calling for justice for Michael Brown, Eric Garner, Rekia Boyd and other unarmed Black people who have been killed by police. The march was largely peaceful, said Rachel Lederman, one of the plaintiffs’ lawyers. But the Berkeley Police almost immediately began hitting people in an indiscriminate manner and causing needless confrontation. One of the main issues was an unwritten Berkeley Police policy that at demonstrations, officers were allowed to use their batons on anyone who entered their safety zone – an unmarked, undefined distance from a line of officers.

Photojournalist Sam Wolson, on assignment for the San Francisco Chronicle at the protest, was clubbed on the head as he knelt to take a photo. Wolson said that, I’m glad the Berkeley Police have helped resolve this case. If journalists are restricted by force from holding all parties accountable, then the whole system breaks down. This is even more important today, as we look to the next four years.
Under the terms of the settlement, it will now be made clear to officers that they cannot use force simply because demonstrators get too close to them. Instead, the same legal standards will apply for use of force at a demonstration, as in any situation. To comply with the Fourth Amendment, force must be necessary and reasonable, explained civil rights attorney Jim Chanin, co-counsel for the plaintiffs.

The settlement will also create greater accountability when force is used at demonstrations. For the first time, Berkeley Police Officers will have to write reports following a demonstration or crowd event describing their use of force, including the reason for the use of force, location, description of the individual upon whom the force was used, and the type of force. In addition, BPD made a commitment to seek full implementation of police body cameras.

Plaintiff Moni T. Law said, The students, faculty, families, people in wheelchairs, and other peaceful demonstrators will be relieved that their pain on December 6, 2014, was not in vain. Berkeley’s police department has taken positive steps toward becoming a model for other police departments by making these changes. These are turbulent times on the national level, and people will express their disapproval in the streets, courts and government halls. Best practices protect the right to safely protest while protecting property and people from harm. We consider the settlement a victory for a better Berkeley, one that supports our diverse, engaged and outspoken community. We call on the City Council to uphold Berkeley’s values as the birthplace of the Free Speech Movement by not only approving this settlement but prohibiting the police from using ‘less than lethal’ weapons and chemical agents (including tear gas) at protests.

“I am very pleased that we have made significant changes in the way Berkeley Police respond to political demonstrations,” added Chanin. “However, I regard these changes as only the beginning of a more complete overhaul in the manner that Berkeley Police handle political demonstrations. I believe that these and other changes will not only promote officer safety, but will allow demonstrators to express their views without worrying about unlawful police conduct. I am hopeful that we can return to the days when people in a crowd could be confident that when the Berkeley Police were there, their civil rights would be protected.”
Lawsuit Complaint

The National Lawyers Guild is a human rights bar association in existence since 1937. The Bay Area Chapter has hundreds of members – lawyers, legal workers, law students, and jailhouse lawyers – throughout Northern California. The Guild’s social justice work includes providing legal support and Legal Observers at progressive demonstrations all over the country.