Are Virginia Police Learning That Protest Is A Crime?

Are Virginia Police Learning That Protest Is A Crime? 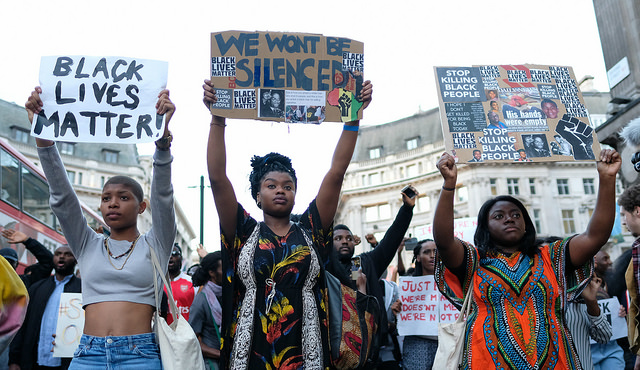 Political and social movements aren’t crimes, so why are Virginia police being offered a class that promises an overview of “current popular movements” and their “influential impact on social media and direct action protest?”  What does that have to do with policing?

Your lawmakers need to hear from you today!

The Virginia Department of Criminal Justice Services is offering law enforcement a training called Introduction to domestic extremism and hate groups on September 5 that will “focus on an emerging anti-police climate anchored by numerous protest groups that are routinely encountered by law enforcement in towns and cities small and large.”

The description claims law enforcement will be trained on the First Amendment’s protections for the groups studied and how to distinguish between speech and crime. Yet, the very framing of the course, which implies political speech is the cause of “publicized law enforcement deaths and large scale protest violence” crosses that line. This narrative is particularly troubling, as the course includes amongst the domestic extremist groups to be studied “Black Identity Extremists.”

Black Identity Extremists is a term made up by the FBI meant to stigmatize African-American activism. According to the FBI, African-Americans rightfully angry about racism and police violence are a threat, as they could potentially engage in violence against law enforcement. The FBI’s Black Identity Extremist designation conflates political speech with violence and opens up the door for COINTELPRO type surveillance of modern civil rights activism.

Law enforcement should not be given trainings that treat social movements and political protest as a potential law enforcement threat. That’s why we need to you to write to your state representatives and ask them to exercise proper oversight over this course.