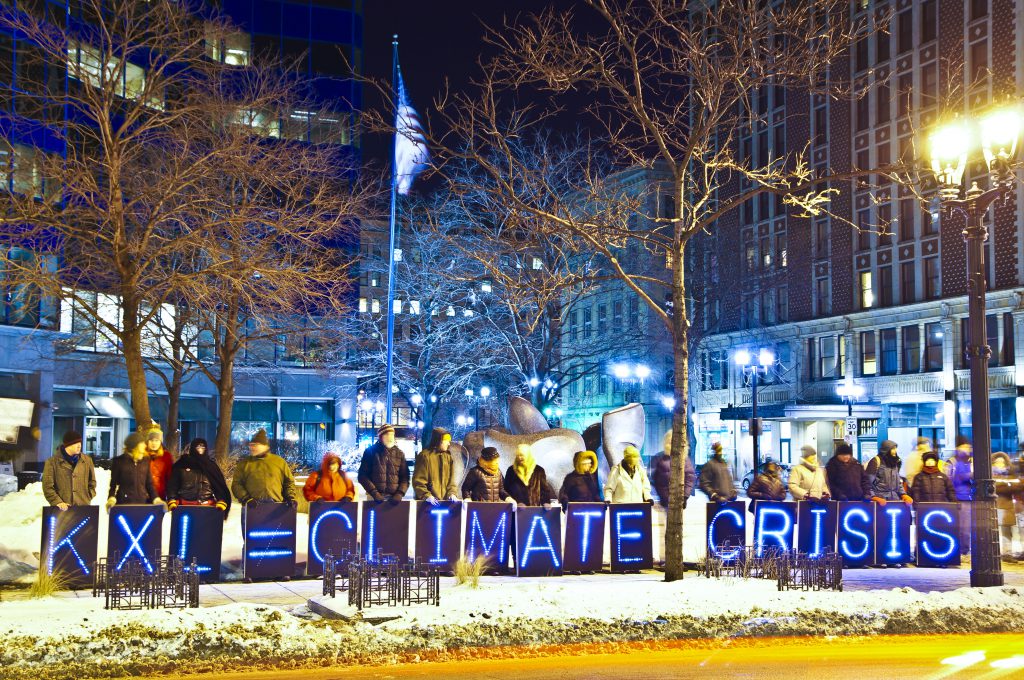 A coalition of national civil liberties, labor, and environmental groups has asked Governor Evers to veto the Felony Trespass Bill, which recently passed the Wisconsin state legislature. The bill is designed to silence opposition to pipelines within the state by creating a new felony, punishable by up to six years in prison and a $10,000 fine, for trespass on property owned, leased, or operated by companies engaged in the distribution of oil or petroleum.

If you live in Wisconsin, you can also send the Governor an email. Click here.

This national coalition joins a large coalition of Wisconsin groups that includes civil rights, social justice, property rights, indigenous rights, and environmental organizations in opposing the bill. These Wisconsin groups are concerned about: the chilling effect on protests, creating more felons, the climate crisis, the impacts on landowners and Wisconsin Tribal members, and more.

National groups sent a strongly worded letter to the Governor urging a veto.

These special protections for a multi-billion dollar industry are entirely unwarranted. Environmental advocacy, including civil disobedience, does not threaten physical infrastructure or worker or public safety, but it may threaten profits. Critical infrastructure bills are based on model legislation crafted by corporate interests to establish special protections for some private industries engaged in controversial practices that attract opposition and protest. These bills, including AB426/SB386, are rooted in animus against environmental justice advocacy because it threatens the profits of these corporations.  Whenever states enact legislation based on animus towards particular political speech it has a chilling effect that will be felt widely.