Take Action: Arizona HB2007 Will Impose Harsh Penalties on Even Peaceful, Lawful Protesters Who Wear Masks or Other Disguises/Costumes 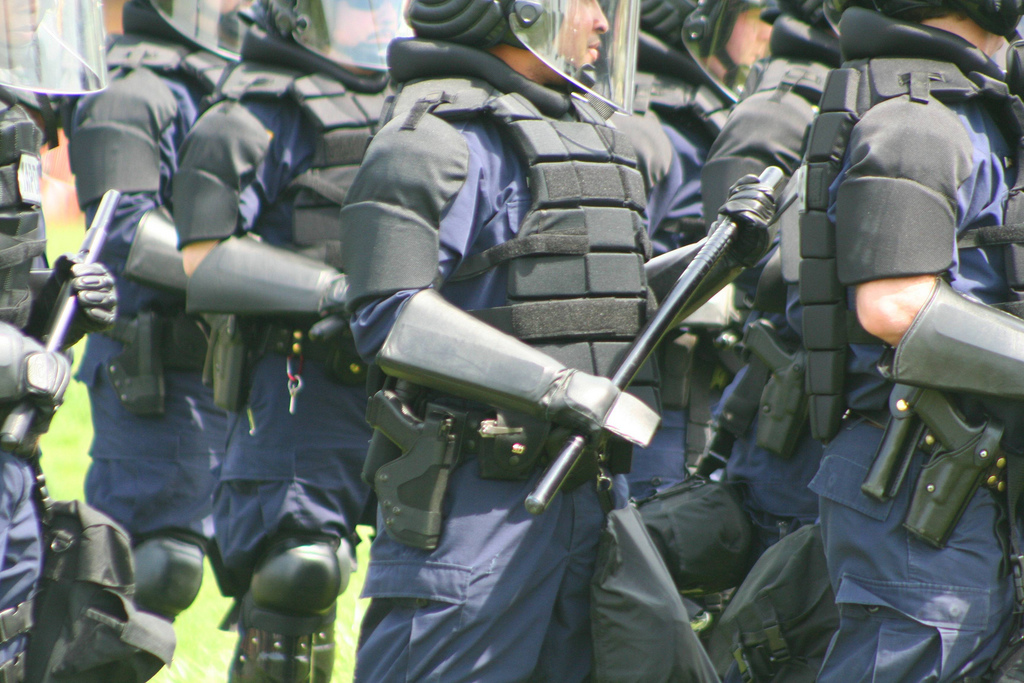 Black Lives Matter DC and the Stop Police Terror project are leading a police accountability campaign in Washington, DC, where a culture of violence, aggression, and impunity is rife, and 8 out of 10 people stopped and frisked are Black. Today, the City Council is holding an oversight hearing, but that is is not enough. DRAD joined with BLMDC, Stop Police Terror, and over 50 other organizations to demand that the DC City Council hold a public hearing outside of work hours, to hear public testimony regarding racism and violence in the Metropolitan Police Department:

We, the undersigned, are writing to express that there can be no real accountability for the Metropolitan Police Department within the existing structures. While the March 1, 2018 departmental oversight hearing for MPD offers an opportunity to address some of our concerns it is not an adequate venue for their full consideration.

We are demanding that the D.C. Council hold a specific hearing on issues of racism and violence within the Metropolitan Police Department outside of normal working hours.

Over the past several years we have seen significant factual evidence to demonstrate an ongoing culture of racism, bias, and violence within the Metropolitan Police Department. For instance, the decriminalization and later legalization of marijuana in the District was driven by the clear evidence of bias. A report by the ACLU revealed a staggering 90% of marijuana-related arrests were of Black people, far out of proportion with either the Black population of D.C. and all reliable data on drug usage rates.

On Tuesday February 20th, MPD released its raw data on field contact stops. This is data they were required to release by law as it concerns “stop and frisks.” This data according to MPD covers the year 2012-2016. In that time, a full 83% of all “stop and frisk” searches were of Black people. Clearly, there exists the same trends of racially biased policing that have become notorious in jurisdictions around they country.

We would further extend this to the extreme leniency shown towards officers who kill people. The US Attorney’s Office has very rarely brought an officer to trial on a use of force complaint. The MPD has also failed to fire officer Brian Trainer who killed Terrence Sterling, despite that recommendation being made. When a range of officers were recently revealed widely purchasing wearing and sharing shirts, patches and logos with racist and violent imagery, some of which mocked community concerns over civil liberties, two supervisory officials were reprimanded, again speaking to a culture of racism and violence that is officially tolerated.

As it concerns use-of-force, a recent report by the Office of Police Complaints noted that there was a 36% increase in use of force incidents in the past year (mirroring a rise going back several years) but that Black community members made up between 83% to 93% of victims of police violence since FY 2013. In addition to the raw increase, the number of individual officers using force has also increased 34% since 2013 to just over 1,000 of the forces 3,800 officers. 47% of those officers, almost half, used force in more than one incident, again speaking to the culture in MPD.

We have serious concerns regarding the ability of MPD leadership to oversee police responses to domestic violence. Police officers have a higher average percentage of domestic abuse in the home than the ordinary population. Our current police chief is among that percentage, which is very troubling. This is in addition to his own questionable role in the suppression of civil liberties by MPD which led to groundbreaking court cases protecting the First Amendment rights of protesters.

The above is not, in fact, a fully exhaustive list of our concerns. That is exactly why it is incumbent on the D.C. Council to hold a public hearing taking testimony on these issues and where there is direct questioning of MPD leadership on these issues. Anything less is an abdication of responsibility.